Methods: Fifty-nine cases of FPCF were evaluated. Of the 59 patients, 34 had lateral disc herniation (group H) and 25 had spondylotic foraminal stenosis (group S). Operative time, complications, length of hospital stay, visual analog pain scale scores of neck and arm pain, and the amount of facet joint resection were compared between the groups.

Results: The mean operative times were 96 min (group H) and 100 min (group S). The lengths of hospital stay were 3.0 days and 3.9 days, respectively. No significant differences were observed in pre-operative neck and arm pain between the groups. Average neck pain at the final follow-up was significantly less severe in group H (2.9) than in group S (12). However, postoperative arm pain was the same after surgery in both groups (14). In both groups, 52% of the facet joint was resected.

The upper extremity pain experienced by patients with cervical radiculopathy is commonly caused by either lateral cervical disc herniation or stenosis of the intervertebral foramen due to a bone spur resulting from spondylosis. Surgical treatment of cervical radiculopathy can be divided into two procedures: anterior cervical decompression and fusion[1-4] or posterior foraminotomy.[5-9] The latter option involves three types of procedures: open,[5-9] microscopic[10,11] and micro-endoscopic surgery.[12-16]

The use of full-endoscopic posterior cervical foraminotomy (FPCF) to treat lateral disc herniation was first reported by Ruetten et al.[17,18] in 2007. They concluded that FPCF is a sufficient and safe supplement and alternative to conventional procedures. Since then, Kim et al.[19,20] also suggested FPCF is an alternative to open surgery. However, there has been no comparison of FPCF outcomes in patients with cervical lateral disc herniation versus those with bony stenosis of the intervertebral foramen. Therefore, the aim of this study was to compare clinical outcomes of FPCF in these two groups of patients.

We retrospectively assessed 59 consecutive patients [45 men, 14 women; mean age 53.7 (30-81) years] who underwent FPCF for cervical radiculopathy between October 2014 and July 2016. All patients had either a single-level symptomatic lateral disc herniation or bony stenosis of the intervertebral foramen, none of which were recurrent. Conservative therapy was pursued for at least 3 months before surgery. The indication for surgery was persistent radicular pain or neurological deficits. Among the 59 patients, the affected level was C4/5 (n = 16), C5/6 (n = 25), C6/7 (n = 16), and C7/T1 (n = 2). Thirty-four patients had lateral disc herniation (group H), and 25 had bony stenosis of the intervertebral foramen (group S). All diagnoses were confirmed on preoperative computed tomography (CT) scans and magnetic resonance imaging (MRI). 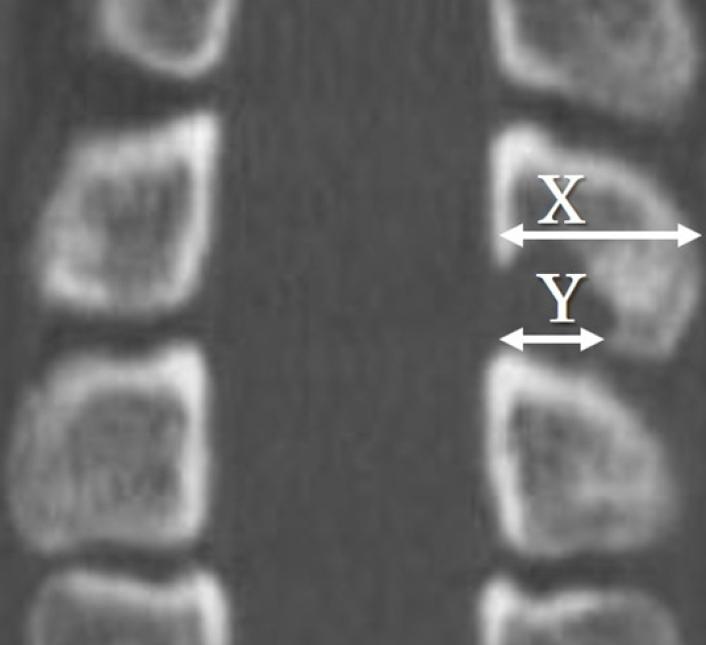 Figure 1. Percentage of resection of the facet joint was calculated by Y/X × 100% which was measured on the coronal plane on postoperative computer tomography scans

Clinical and radiographic parameters were statistically analyzed with Mann-Whitney U and chi-square tests. Statistical significance was defined as P < 0.05 (two-sided).

FPCF was performed according to the method of Ruetten et al.[17] The patient was placed in the prone position under general anesthesia. In patients with pathology on the left side of C5/6, a skin incision was made under fluoroscopy at the intersection of a line at the C5/6 disc level [Figure 2A] and a line at the medial edge of the facet joint on the left side [Figure 2B]. A skin incision approximately 8 mm in length was made at that point [Figure 2C], and a full endoscope was inserted. The outer diameter of the entire endoscope was 6.9 mm; the working channel was 4.2 mm in diameter. The angle of vision was 25°, and the outer diameter of the working sleeve (beveled type) was 7.9 mm. All instruments were made by WOLF (RIWOspine GmbH, Knittlingen, Germany). 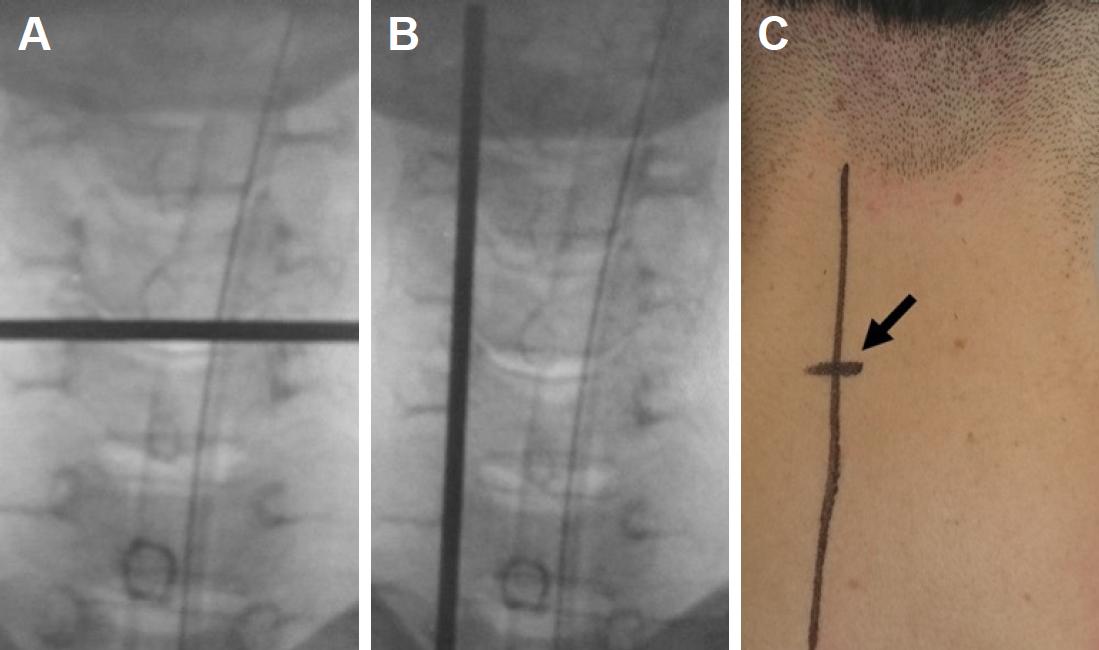 After removal of the connective tissue attached to the vertebral lamina, the vertebral laminae at C5 and C6 were clearly exposed, and the interlaminar window and yellow ligament were visible [Figure 3A]. First, the inferior edge of the C5 vertebral lamina was cut with a high-speed drill (NSK-Nakanishi, Kanuma, Japan) [Figure 3B], and the superior edge of the C6 vertebral lamina was cut [Figure 3C]. The yellow ligament was cut and removed [Figure 3D], and the perineural membrane was carefully removed using a bipolar coagulator (Surgi-Max®Plus, Trigger-flex® System: Elliquence, LCC, Baldwin, New York, USA) with output power set to 20-25 watts. Next, the lateral edges of the dura mater and C6 nerve root were decompressed [Figure 3E]. After complete decompression of the nerve root, irrigation was interrupted to reveal any bleeding. If observed, hemostasis was performed with a bipolar coagulator. The wound was closed without drainage. Ideally, all operations were performed while monitoring the motor evoked potentials of the following muscles: deltoid, brachioradialis, oppenens pollicis, tibialis anterior, and gastrocnemius. Patients began walking 3 h after surgery. 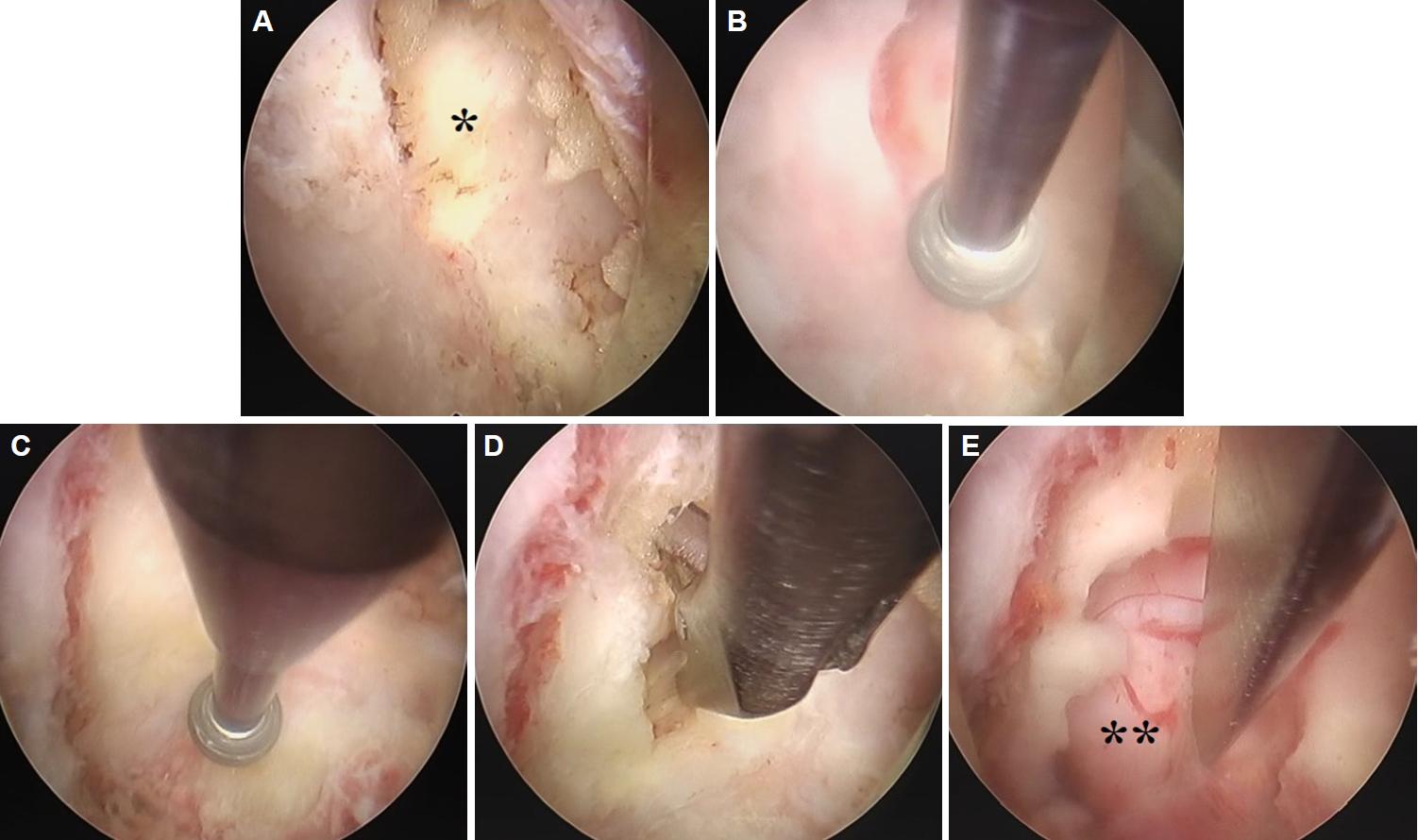 Figure 3. (A) Interlaminar window and yellow ligament (*) are clearly seen; (B) inferior edge of C5 vertebral lamina is partially cut with a high-speed drill; (C) superior edge of C6 vertebral lamina is also resected; (D) the yellow ligament is cut with scissors; (E) lateral edge of dura mater and C6 nerve root (**) should be completely decompressed. Left side: cephalic; right side: caudal; upper side: medial; lower side: lateral

Gender, age, segment, and postoperative follow-up period are shown in Table 1. No significant differences were observed between the groups in terms of gender, segment, or postoperative follow-up period. However, the mean patient age in group H was significantly younger than that in group S (P < 0.05). The average operative time in group H was 97.2 ± 19.5 min, while that in group S was 102 ± 28.9 min. Only 2 complications occurred, both in group H. One patient had increased radicular pain after surgery because the nerve root was stimulated during epidural hemostasis. The second had a lower lamina fracture due to cutting with the high-speed drill. In this case, a small fracture line on the C6 vertebral lamina was found in the coronal postoperative CT [Figure 4]. Fortunately, the patient had no symptoms. The postoperative hospital stays in group H and Y were 3.0 and 3.9 days, respectively. There were no significant differences in pre-operative neck or arm pain between the groups (neck pain: group H 51 ± 24.1, group S 40.1 ± 33.3; arm pain: group H 60 ± 19.3, group S 58.3 ± 27.1). On average, the neck pain VAS score at the final follow-up in group H (2.9 ± 1.4) was significantly lower than that in group S (12 ± 16.4) (P < 0.05). However, the postoperative arm pain VAS scores were the same in both groups (group H 14 ± 21, group S 14 ± 18.6). In both groups, 52% of the facet joint (group H 52 ± 8.5%, group S 52 ± 6.7%) was resected. 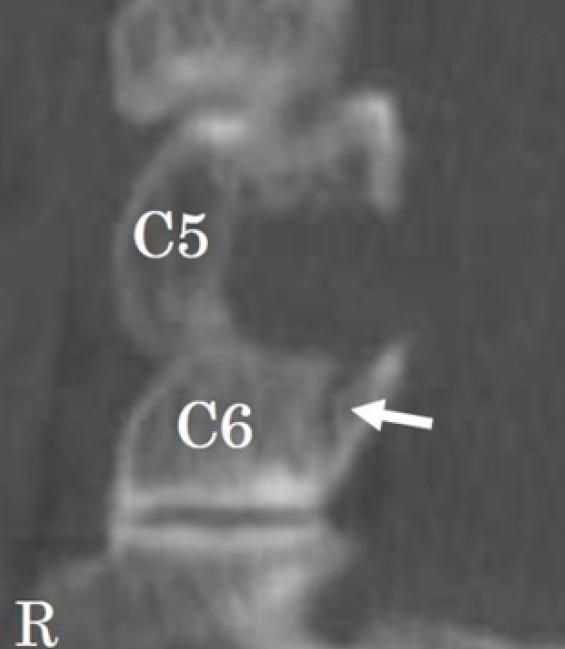 Figure 4. Postoperative computer tomography shows that vertical fracture line is on the medial side on C6 vertebral lamina (arrow). R: right side

An 84-year-old female presented with very severe arm and neck pain on the right side. Conservative therapy was pursued for 3 months with no improvement in symptoms. Severe bony stenosis of the intervertebral foramen with spondylosis at C5/6 was observed on the sagittal and axial views of CT images [Figure 5A and B] and on the axial view on MRI [Figure 5C], and FPCF was performed. The operation time was 113 min. The C6 nerve root and lateral margin of the dura mater on the right were completely decompressed [Figure 6]. Postoperative CT showed that the intervertebral foramen was successfully decompressed [Figure 7] and that 42% of the facet joint had been resected. The patient’s VAS scores for neck and pain improved from 45.2 to 10.1 and from 63.4 to 5.2, respectively. 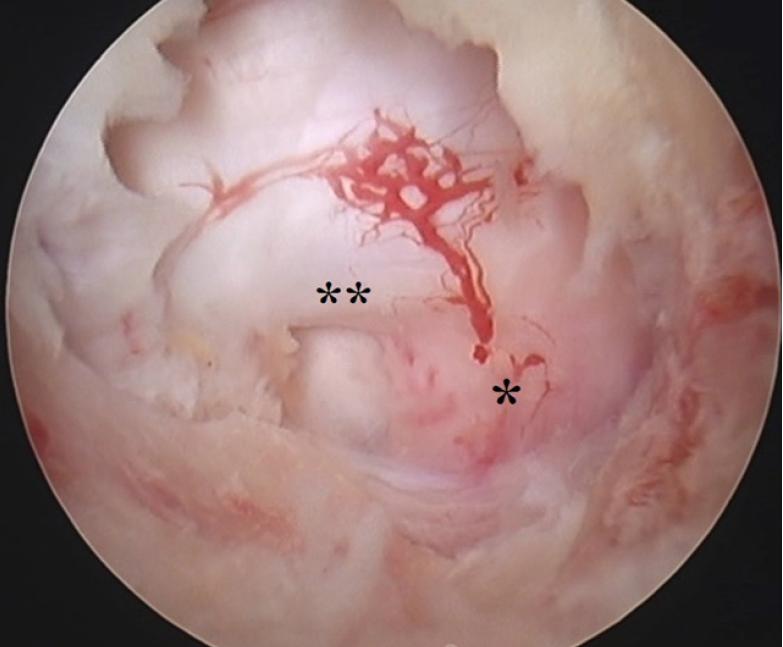 Figure 6. On the final endoscopic view in this surgery, the C6 nerve root (*) and lateral margin of the dura mater (**) can be clearly observed. Left side: caudal; right side: cephalic; upper side: medial; lower side: lateral

Figure 7. (A) The osteophyte, which is seen in the sagittal plane on preoperative computer tomography [Figure 5A], is completely resected (arrow); (B) the intervertebral foramen has expanded satisfactorily (arrow); (C) the percent of facet joint resection is 42% (arrow). R: right side

There are two approaches for full-endoscopic surgery in the cervical spine: anterior[27,28] and posterior.[17-20] Anterior percutaneous endoscopic cervical discectomy requires more careful techniques compared with FPCF.[28] Therefore, endoscopic spinal surgeons who have performed percutaneous endoscopic lumbar discectomy find FPCF a relatively easy technique to learn. However, it has been reported that the indication for FPCF is limited to treatment of lateral disc herniation.[17-20] To our knowledge, this is the first description of outcomes of FPCF for bony stenosis of the intervertebral foramen.

In this study, two complications were observed in group H, both of which occurred soon after we began to perform FPCF for lateral disc herniation at our institution. There were no significant differences in the clinical parameters of operation time, length of postoperative hospital stay, arm pain VAS at the final follow-up, or percent of facet joint resection between the groups. These results suggest that FPCF is suitable for patients with bony stenosis of the intervertebral foramen. When FPCF is performed in these patients, it is very important to be careful when drilling the lamina because the surface of vertebral lamina is not smooth due to osteoarthrosis of the facet joint.

An average of 52% of the facet joint was resected in both groups. Although the percentage of facet joint resection affects postoperative outcomes, removing the perineural membrane of the nerve root in patients with bony stenosis of the intervertebral foramen is also key for obtaining good results because it increases nerve root mobility. The most important factor when removing the perineural membrane is to remove it piece by piece while using a bipolar coagulator.

In conclusion, we recommend that FPCF be considered for patients with radicular pain resulting from bony stenosis of the intervertebral foramen.

We obtained the patients’ consent for publication of the present literature.

All procedures used in the present literature approved by the Ethical Committee of Nippon Koukan Hospital. 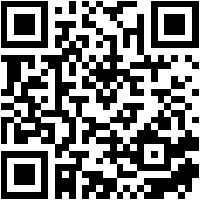