Conclusion: Dynamic MRI studies done on pectus carinatum patients showed that chest wall can be molded to a normal shape when a directional force is properly applied without changes in vital functions.

The treatment of chondrogladiolar pectus carinatum was surgical until a compressive orthotic brace was introduced. Indications for non-surgical therapy include improving cosmesis of the chest and less commonly for chest pain. Operative treatment is used when bracing therapy fails or patient refuses to use a brace for therapy. Non-surgical treatment is based on the malleability of chest to conform to external forces. Vidal et al.[1] were the first to report a non-operative approach using a plaster cast followed by a plaster jacket in 1977. The second report was by Haje and Raymundo[2] in 1979 and 1992, who called their design a dynamic chest compressor. Other studies showing the efficacy of compressive orthotic brace and various brace designs have been reported[3-5]. Although the efficacy of various brace designs have been demonstrated, a dynamic radiologic study of pectus carinatum patients wearing a chest orthotic brace has not been reported in the literature. In particular, radiologic demonstration of chest shape alteration and cardiopulmonary response have not been elucidated. Therefore, to better understand the effect of an orthotic balloon brace on patients with pectus carinatum, dynamic magnetic resonance imaging (MRI) studies were obtained and analyzed using a brace that is non-ferromagnetic.

A balloon brace is an orthotic device that is composed of a non-stretchable binder with Velcro ends and an inflatable balloon, confined within the pocket of the brace. The brace is wrapped around a patient’s chest [Figure 1]. The part of the brace containing the balloon portion is placed against the anterior protruding chest. The balloon is inflated with an insufflation bulb. There is an in-line one way valve, which allows the air to enter the balloon. When the balloon is insufflated, the portion of the chest underlying the balloon is compressed with variable pressure depending on the amount of air insufflated. Sufficient air is insufflated to cause the chest to become flat or to cause the chest to assume the shape of pectus excavatum. The pressure of the air insufflation was not measured since this is dependent on the chest compliance of each patient. The brace has no metal components. The weight of the regular size brace for a teenager weighs 150 g.

Figure 1. (A) A picture of the balloon brace; (B) a patient with symmetric pectus carinatum; (C) a patient wearing the brace

The chest MRI was obtained using a Philips 1.5T Intera-Achieva MR scanner R3.2.2 (Best, Netherlands). A 4-element phased-array torso was used for the examination. Static, free-breathing, respiratory-triggered single-shot T2-weighted axial and sagittal images were first acquired to visualize the chest anatomy. Then, dynamic (real-time) MRI of the chest centered over the level of the diaphragm was performed in axial and sagittal planes with Steady-State Free Precession sequence with in-plane spatial resolution of 1.4 mm × 1.4 mm and 10 mm thick slices. With optimization of the field-of-view and application of parallel imaging acceleration, the scan time for one slice was between 220-290 ms. This was the temporal resolution of the dynamic series of images. A total of 60 images per location were obtained while the patient was freely breathing. A midline sagittal slice and an axial slice centered at the level of maximal AP diameter of the lower chest were acquired with and without balloon compression in place.

Institutional Review Board approval was obtained for the study.

The ages of three patients were 2, 10, and 15 years old. For the 2-year-old patient, sedation with intubation was used. During the study, this patient was allowed to breathe on his own. Older patients did not need intubation. All of them had symmetric pectus carinatum and without cardiopulmonary disease. They were seen by Pulmonology service and underwent pulmonary function test. They were not treated with an orthotic brace prior to the MRI study.

Figure 2. (A) A midline sagittal image from the dynamic magnetic resonance imaging in a patient with pectus carinatum chest is shown before the balloon brace is insufflated; (B) with sufficient insufflation of the balloon, the chest is made flat. This level of correction corresponds to the desired target of chest correction; (C) with extreme insufflation, the pectus carinatum chest can be converted to a pectus excavatum chest

The basic design of chest orthotic braces consists of plates in the front and back of a patient's chest. These are connected by metal struts or straps that are tightened to apply anterior to posterior force on a chest. Although the efficacy of such a design to correct pectus carinatum has been shown in multiple studies[3-5], there has not been any dynamic study that examined the internal effects on the chest viscera from a brace compression. This dynamic MRI study showed that preferential compression of anterior chest did not alter blood pressure, pulse, or pulmonary function. The finding indicates that the patient's cardiac and pulmonary function can compensate for the compression. The chest wall area under the balloon is clearly observed to be depressed, and the level of depression is a function of the amount of air insufflation in the balloon. It was also noted the width of the chest increased as the anterior to posterior chest wall distance decreased from compression. This is an expected result since the circumference of the chest will distribute laterally as the forced is applied from front to the back of the chest. Since the binder conforms to the shape of the chest, the lateral displacement of the chest is not hindered.

The criteria for using a compressive orthotic brace on patients with pectus carinatum are two-fold: patient is willing to wear the brace for at least 8 h a day, and patient wants to improve the chest cosmesis. If the chest is extremely stiff, in particular for older patient, the force of initial correction may be too high to compress the chest. For these patients, the failure rate for brace compression therapy is high. For patients who have a very hard "knuckled" carinatum, brace therapy may not work since the force needed to compress the knuckle is too high. An excision in this case would be preferred. Index of severity for pectus carinatum is not well established unlike the index used for pectus excavatum. The most common index of severity used for pectus excavatum is the Haller index. The Haller index concept can be applied to pectus carinatum but it is not often used as an index to describe pectus carinatum. Due to the absence of optimal index for pectus carinatum, the severity of the pectus carinatum is usually defined as mild, moderate or severe. This is a subjective index. A better index for pectus carinatum is needed. Compressive orthotic brace can be tried on all patients of severity. The effectiveness is largely dependent on compliance, and the length of therapy is dependent on the severity of the condition. Mild condition will take short time to fix with good compliance, within 3 months. For moderate condition, it may take 6 months or longer. For severe conditions, it may take one year or longer.

The weaknesses of this study include the small number of participants in this initial cohort. Based on this limited MRI results, we have started to apply the balloon brace on our patients. We encourage our patients to use the brace at least 12 h a day or use the brace as much as they can. They should also use the brace during sleep. They may remove the brace during vigorous exercise such as during Physical Education at school. Our preliminary results on 30 patients treated thus far showed no complications such as skin ulceration. This finding is consistent with the design of the balloon brace. The contact surface of the balloon brace conforms to the surface shape of the chest and provides even force distribution compared to a hard surfaced non-malleable orthotic devices typically available in the market.

In summary, dynamic MRI studies done on pectus carinatum patients wearing an orthotic chest brace show chest wall can be molded to a different desired shape when a directional force is properly applied.

All data are stored in a password protected hard drive and available on request via the corresponding author.

The authors have no conflicts of interests or financial disclosures.

Patient consents were obtained for the study and publication.

Institutional Review Board approval was obtained for the study. 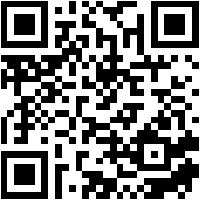