2Department of Biology, Faculty of Science, , .

This article belongs to the Special Issue A Bespoke Approach to Rectal Cancer Resection and Management
Views:1977 | Downloads:227 | Cited:

The role of aspirin in colorectal cancer prevention is currently under intense scrutiny. Low dose Aspirin effectively suppresses the cyclooxygenase-2 enzyme system, which is thought to play an important role in the pathogenesis of colorectal cancer. A number of observational studies and randomized controlled trials have supported a chemoprevention effect. In some instances, regular use of low dose aspirin has provided a nearly 20% reduction in incidence. Compliance and underutilization remain important issues however, as does the incidence of side effects - aspirin is a non-steroidal anti-inflammatory drug, and regular use of these medications carries a small but significant risk of gastrointestinal bleeding, which on occasion, can be life-threatening. These are important problems, which need wider recognition and detailed exploration before we can suggest widespread use of aspirin in primary or secondary prevention.

The incidence of rectal cancer has increased over the last decade[1]. Left undiagnosed, patients can present with untreatable or stage IV disease, and even when recognised relatively early, cases are often locally advanced, and require a combination of major surgery, chemotherapy and radiotherapy to attempt cure.

With the advent of laparoscopic, and now robotic resection, the rectal cancer patient is relieved of some of the discomforts of treatment, but one of the most desired intentions of rectal cancer treatment would be to prevent or treat the disease at an earlier stage. Most left-sided cancers develop from an earlier adenoma phase. We now know that unregulated prostaglandin expression appears to have some importance in the early phase of adenoma formation, and transition to invasive cancer[2,3].

The cyclooxygenase (COX) enzymes act on arachidonic acid to permit formation of prostaglandins. There are two isoenzymes; Generally speaking, although this is slightly simplistic, COX-1 is responsible for stable expression of “useful” prostaglandins in cells[3,4], whilst COX-2 expression occurs by stimulation in various pathological environments, and typically by those factors which are present in malignant disease and chronic inflammation[5,6]. Once induced, COX-2 can create a situation of uncontrolled prostaglandin release, which thereby promotes the genesis and growth of malignant cells in various ways[7]. A cell which is initially only mildly dysplastic, can, in the environment of persistent prostaglandin release, transform into more severe dysplasia and frankly, cancer.

The adenoma-cancer transformation occurs over many years in most patients, although there are exceptions. The lag period provides a potential pathway for a suitable intervention to reduce cancer risk - typically, we have thought about polyp removal in this regard, the purpose of colon cancer screening program, now prevalent in most countries. What if however, we could terminate the transition of the cell on the brink of turning dysplastic or malignant in some way, with drugs that inhibit prostaglandin synthesis?

Low dose aspirin, already taken worldwide to in the secondary prevention of ischaemic heart disease, blocks COX and prostaglandin formation, so would seem to be a prime candidate. Indeed, studies as far back as 20 years ago suggested some usefulness in this regard[8-10][Table 1]. The results of formal randomised controlled trials (RCTs) in the 1990s and early 2000s were disappointing however, and did not substantiate results from previous observational studies[11,12].

Towards the end of the last decade however, the longer term results of the aforementioned RCTs and other more recent trials suggested a significant reduction in colorectal cancer incidence after 10 years of use[13,14][Table 2].

Patients probably need to take aspirin or related drugs regularly for about 3 years before realising an anti-cancer benefit, and even if they then stop using the medication, there still may exist some long term protective effect lasting up to 10 years or more, which indicates we might be able to suggest patients take aspirin for a defined period, and then be less strict about compliance and adherence after that time, particularly if there is an issue with adverse effects.

Furthermore, another positive insight from trials is that maintaining patients on a low dose for example, 75-81 mg, is sufficient to allow risk reduction in those with a polyp history[15,16] - this was actually previously also suggested by observational work[17].

An anticancer action for aspirin at low dose seems paradoxical however - extraordinarily high doses of aspirin (over 1 g/day) are required to terminate COX-2 expression in nucleated cells[18]. Recent studies suggest the low dose strategy works due to inactivation of platelet COX-1 - a strong induction signal for COX-2 upregulation in damaged cells[19]. Recent work also indicates there may be other isolated mechanisms of effect to prevent cancer - the phosphatidylinositol 3-kinase-related pathway[20], “induced-senescence” by interference of the sirtuin1 metabolic pathway[21], and clotting factor acetylation[22].

The aforementioned provides strong support for the case for using aspirin to prevent rectal cancer, but there are serious potential problems that need consideration.

Firstly, there is the small but dose-dependent risk of haemorrhagic stroke and gastrointestinal bleeding[23]. This might be deemed relatively acceptable in patients already on aspirin for ischaemic heart disease, but could be a serious issue in younger and otherwise healthy patients being asked to take the medication for chemoprevention long term - and has been noted as a risk in randomised controlled trials [Table 2].

Secondly, there are known to be cases where aspirin does not “work”, even when taken regularly. This phenomenon of persistent platelet activation has long been recognised as a cause of persistent strokes/angina or myocardial infarction in around one quarter of compliant patients taking therapeutic dose aspirin[24,25].

The reasons for “aspirin resistance” are variable, probably involving supranormal rates of platelet turnover in some patients, suboptimal levels of actual agent entering the circulation, and possibly different pathways for thromboxane A2 synthesis and abnormal variants of COX[26]. Aspirin bioavailability can vary from 20%-40% and differs markedly depending on route of administration, and formulation - for example, soluble aspirin has better bioavailability than tablet form[27,28], and some co-administered agents and lifestyle factors can have profound effects on bioavailability[29,30].

Tolerance occurs over time, and is not completely responsive to increased dosing[31]. Studies of aspirin use in cardiovascular disease indicate compliance and non-adherence are significant problems - associated with age, co-morbidity and polypharmacy - essentially in groups who would probably benefit from aspirin most[32]. Our own preliminary work suggests that although side effect reporting is low (< 6%), only a quarter of patients are fully compliant with treatment[33], and underuse may be associated with female gender, the presence of comorbidities and polypharmacy.

In summary, regular low dose aspirin would seem to be an ideal candidate for low risk prevention of rectal cancer based on the most recent research, however, concerns about side effects, underutilisation and compliance may indicate a selective role only. In the prevention of ischaemic heart disease, aspirin use is restricted to specific subgroups, and not recommended for general use in primary prevention due to the incidence of the aforementioned side effects in otherwise healthy patients. One potential target group could be those at higher risk of a heart attack or stroke, and who do not have risk factors for stomach bleeding, with the aim of preventing both cardiovascular disease and colorectal cancer. Concerns regarding adverse effects might also limit use of aspirin in those groups at particular risk of colorectal cancer, such as patients with hereditary polyposis or Lynch syndrome, and more work is required to clarify the risk - benefit ratio in these high risk groups.

There are no conflict of interests. 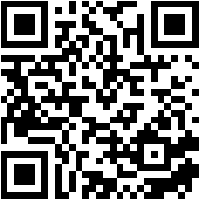