This article belongs to the Special Issue Advances in the Minimally Invasive Management of Gastric and Esophagogastric Junction Cancer
Views:4742 | Downloads:312 | Cited:

The incidence of adenocarcinoma of esophagogastric junction (AEG) has been increased continuously in the past decades, especially in western countries. Siewert type II is regard as the true AEG because of its location, however, the treatment for Siewert type II AEG has not reached a consensus in the academic. According to published studies nowadays, this commentary will introduce the surgical strategies and put forward suggestions for Siewert type II AEG in several aspects as follows: (1) optimal surgical approach; (2) optimal extent of lymph node dissection; (3) reconstruction methods. With the development of minimally invasive surgery, many experienced surgeons perform esophagogastrostomy via transhiatal approach. Moreover, many details during the surgery still need further research by cooperation between different departments and even countries.

The incidence of adenocarcinoma of esophagogastric junction (AEG) has been increased continuously in the past decades, especially in western countries[1,2]. AEG refer to the adenocarcinoma which straddle the gastroesophageal junction (EGJ). EGJ is the region where the esophagus joins the stomach[3]. There are different methods to identify the EGJ including surgical, physiology, histology, endoscopy or upper gastrointestinal imaging[4,5]. In terms of conveniences, the surgeons usually regard the boundary of the tubular esophagus and the saccular stomach as EGJ in the surgery.

Siewert classification, one of the most widely used classifications today for AEG, was come up by Siewert in 1987[6]. In this classification, AEG was defined as the tumor whose epicenter located within 5 cm oral and aboral of the esophagogastric junction[7]. Siewert type I refers to the tumor whose epicenter located 1-5 cm above the EGJ, and it is usually regarded as esophagus cancer. Siewert type II tumor is considered as true AEG with a center within 1 cm above and 2 cm below EGJ. Siewert type III, with whose center located 2-5 cm below the EGJ, is treated as gastric cardia tumors. Because AEG has unusual oncology behavior and characteristics, the treatment for type II remains controversial. The aim of this commentary is to introduce the surgical strategies for type II AEG in recent years.

For advanced AEG, surgery remains predominant treatment because of the possibility of lymph node involvement. The appropriate surgical approach should take a lot into consideration including oncology safety, lymph node dissection and resection margin involvement. In Japan, no matter which type of AEG is treated by upper gastrointestinal surgeons. However, in China, gastric cancer belongs to abdominal surgery, and esophagus cancer belongs to thoracic surgery. For Siewert type II AEG, transthoracic and transhiatal are two major surgical approach. Different surgeons have different opinions on surgical approach.

The Japan Clinical Oncology Group (JCOG) conducted a randomized controlled multicenter clinical trial in Japan (JCOG9502). 167 patients with cancer of Siewert type II or III were enrolled from 27 hospitals in japan and randomly assigned to abdominal transhiatal approach (TH) or left thoracoabdominal (LTA). The aim of this trial was to explore whether LTA, compared with TH, could prolong the overall survival. The 5-year overall survival was 52.3% and 37.9% in the TH group and LTA group, respectively, but the morbidity was worse in LTA than TH[8]. Subgroup analyses showed no survival benefit for Siewert II patients in LTA group. Moreover, with respect of six selected major complications (pancreatic fistula, abdominal abscess, pneumonia, anastomotic leak, empyema thoracis and mediastinitis), the incidence was significantly higher following the LTA than the TH group: 41% vs. 22% (P = 0.008). And there were two treatment-related death in LTA group[9]. Therefore, LTA approach is not recommended for Siewert type II AEG with the length of esophagus invasion ≤ 3 cm.

Another trial focused on the best approach for esophageal carcinoma. It randomly assigned 220 patients with adenocarcinoma of mid-to-distant esophagus or adenocarcinoma of the gastric cardia involving the distal esophagus to transhiatal esophagectomy (THE) or right transthoracic esophagectomy (TTE, Ivor-Lewis) with extended lymphadenectomy. Ivor-Lewis is a right transthoracic surgical approach for distal esophagus cancer, which was introduced by Lewis in 1946[10]. And this approach was widely used in western countries. This approach has two procedure which includes gastrectomy and abdominal lymphadenectomy for stage I, then a right thoracotomy with esophageal resection and peri-esophageal lymphadenectomy for stage II. Ivor-Lewis was associated with more in-hospital morbidity than transhital. After transhiatal and transthoracic resection, 5-year survival was 34% and 36% (P = 0.71), respectively. Although no statistically difference founded among groups, there was a trend toward improving long-term survival at five years with Ivor-Lewis approach. In subgroup analysis based on Siewert classification, a 5-year survival benefit of 14% was found in transthoracic group for Siewert type I (51% vs. 37%, P = 0.33) than transhital group[11,12], which indicated that Ivor-Lewis may have no benefits for type II AEG. It may be related to TTE could gain more involved lymph nodes than THE in type I AEG. Recently a single center reviewed 242 Siewert type II AEG retrospectively, of whom 56 (23.1%) underwent thoracoabdominal esophagectomy (TAE) and 186 (76.9%) had a transhiatal extended gastrectomy (THG). No difference in morbidity (P = 0.197) and mortality (P = 0.711) were observed, including anastomotic leakages (P = 0.625) and pulmonary complications (P = 0.494). And the number of resected lymph node and rate of R0 resection have no difference as well. Overall survival after TAE was significantly longer than after THG (33.6 months vs. not reached, P = 0.02)[13]. It suggested TAE isn’t worse than THG for Siewert type II AEG, especially for advanced patients who had neoadjuvant chemotherapy. But this study didn’t report the length of esophagus invasion, which may influence the surgical approach chosen.

In terms of surgical extent of type II AEG, it is related to surgical approach. In order to evaluate the worldwide trends in surgical techniques for esophageal cancer surgery, a worldwide survey was performed among surgeons. In Asia gastrectomy was more popular, whereas in North America the majority procedure was esophagectomy[14]. And thoracic surgeons may prefer distal esophagectomy, while abdominal surgeons prefer proximal or total gastrectomy via transhital approach. And a sufficient resection margin is another prognostic factor for oncology safety. Mine et al.[15] demonstrated that proximal margin length of more than 20 mm in resected specimens seem satisfactory for patients with type II AEG by transhital approach. Frozen section examination of the resection line is recommended by the Japanese gastric cancer treatment guidelines to ensure an R0 resection[16].

On the basis of the best evidence so far, JCOG 9502, for Siewert type II AEG with esophagus invasion of 3 cm or less, transhiatal approach is safety and effective. It is necessary to conduct well-designed multicenter clinical trials to investigate appropriate approach for type II AEG with a larger lesion.

Siewert type II AEG is located in the boundary of distal esophagus and gastric cardia, the pathway of lymph metastasis is not same as esophagus or gastric cancer alone. In previous retrospective study, mediastinal lymph node involvement rate was 46.2%-65.0% for type I, 12.0%-29.5% for type II, and 6.0%-9.3% for type III tumors[17,18]. Nunobe et al.[19] claimed that the more esophagus invaded, the higher lymph node metastasis rate is.

It still doesn’t have a standard lymph node dissection extent. The Japanese Gastric Cancer Association published a temporary lymphadenectomy guideline for junctional cancer ≤ 4 cm. It is based on the tumor location, histology and T-categories[16]. Abdominal lymph node dissection can refer to gastric cancer, and No 4, 5, 6 can be omitted in early stage cases, because of low metastasis rate. Lower mediastinal should dissect routinely, but upper and middle mediastinal not. According to personal experience, lower thoracic paraesophageal lymph nodes (No. 110) and supradiaphragmatic lymph nodes (No. 111) can be resected via transhital approach, but it’s difficult to resect posterior mediastinal lymph nodes (No. 112) because of limited space. In terms of peri-esophageal lymphadenectomy, transthoracic approach may have superiority for en bloc lymphadenectomy[22].

Reconstruction is one of the most difficult steps during the surgery. For early type II AEG, lower esophagectomy plus proximal gastrectomy seems enough, because of low para-stomach nodal metastasis rate in No. 4, 5 and 6. While as for advanced type II AEG, lower esophagectomy plus total gastrectomy is essential[23]. There are many reconstruction methods for proximal gastrectomy, including esophagogastrostomy, gastric tube reconstruction[24,25], double tract[26], different kinds of jejunal interposition and double flap method[27,28]. The major concern for proximal gastrectomy is the high incidence of postoperative complications, reflux esophagitis especially, which is a negative factor for quality of life. Many reconstruction methods are meant to resist reflux, while it remains lacking consensus. A retrospective study demonstrated that double tract reconstruction is a simple and effective method in decreasing reflux esophagitis compared with Roux-en-Y[29]. It still needs RCT to provide high-grade evidence for the method.

Compared with open surgery, minimally invasive surgery has unique advantages, such as acceptable lymph node retrieval, good postoperative outcomes, and low mortality[30]. Many experienced surgeons choose minimally invasive surgery for type II AEG[31]. Laparoscopic-assisted proximal gastrectomy is prevalent for type II AEG. Because circular stapler can finish a higher anastomosis level, it is easier for type II AEG with R0 resection. And the key procedure of using circular stapler in totally laparoscopic procedure is placing the anvil to the stump of esophagus. Transorally inserted anvil (OrVil)[31,32] and hemidouble stapling technique[33] are two easy methods to accomplish that. Recently, it has become more and more popular for totally laparoscopic technique. Liner stapler is a good choice for totally laparoscopic anastomosis, such as Overlap method[34]. But compared with laparoscopic-assisted gastrectomy, which could provide some reference for the border of tumor through a sense of touch, it is harder to ensure R0 resection, especially in advanced type II AEG. In addition, there is little space to use such devices, especially for type II AEG which needs a high anastomosis level. Takiguchi et al.[35] introduce laparoscopic mediastinal dissection via an open left diaphragm approach for advanced type II AEG. Firstly, divide phrenicoesophageal ligament around the esophagus along the esophageal hiatus. Then, open the left side of mediastinal pleura and incise the left diaphragm with a 60-mm linear stapler. So that, it creates a clear space and a good view for the further mediastinal lymph node dissection and reconstruction. Although no severe complication was seen in this study, it is still unknown whether this method is more harmful compared with transthoracic approach like Ivor-Lewis. The method may lead to a larger trauma which needs to place an intrathoracic drainage tube. And a larger sample size was needed to provide more evidence.

The incidence rate of AEG has been on the rise for decades. Siewert classification has become the standard classification for AEG. Siewert type I AEG should be treated as esophagus cancer, while type III should be regarded as gastric cancer. Because of the unique location of Siewert type II AEG, the treatment still doesn’t reach consensus. Surgery remains the fundamental treatment, a lot of detail during surgery are needed to research in the future. 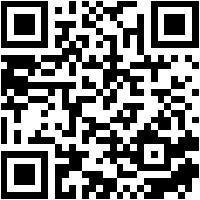