A rare cause of ureteric stricture and hydronephrosis: metastatic esophageal cancer to the urinary bladder

Unilateral hydronephrosis is most commonly caused by obstruction of the ureter due to the presence of a ureteric stone or stricture, and rarely secondary to a primary ureteric or bladder neoplasm or from direct invasion or external compression by locally advanced cancers from adjacent organs such as the lower gastrointestinal and female genitourinary tract. We report the first case of a patient presenting with a ureteric stricture with hydronephrosis and acute kidney injury secondary to a metastatic esophageal cancer to the urinary bladder.

This is a 72-year-old Chinese male who was diagnosed with cardio-esophageal cancer on esophago-gastro-duodenoscopy for work up of dyspepsia. Biopsies revealed poorly differentiated adenocarcinoma. Staging computed tomography (CT) scan of the chest, abdomen and pelvis showed a heterogeneously enhancing mural thickening of the lower esophagus, with no enlarged regional lymph nodes and a fluorodeoxyglucose positron emission tomography (FDG PET) scan did not show any nodal or distant metastasis. He underwent neoadjuvant chemotherapy and radiotherapy, followed by Ivor Lewis esophagectomy, total gastrectomy and colonic interposition. Final histology showed invasive poorly differentiated adenocarcinoma at the gastro-esophageal junction, arising in the background of Barrett’s esophagus. The tumor invaded the peri-esophageal adventitia and involved the serosa of stomach with extensive peri-neural invasion seen. All 45 lymph nodes were negative for malignancy and the final staging was pT4aN0M0 with clear resection margins. His case was discussed at the gastrointestinal tumor board and decision was for surveillance alone, without a need for adjuvant chemotherapy or radiotherapy. He was followed up with surveillance CT scan of the abdomen and pelvis and was noted to have new onset moderate left hydronephrosis 9 months after the operation. The left hydronephrosis extended all the way down to the urinary bladder with no obvious cause of obstruction or lesions noted. He underwent a ureteroscopy and was noted to have a 4-cm tight distal ureteric stricture with unhealthy looking ureteric mucosa, but no obvious bladder or ureteric lesion [Figure 1A]. Balloon dilatation of the ureteric stricture was performed and a double-J stent was inserted, which was removed 2 weeks later. He was planned for follow up CT intravenous pyelogram to evaluate the ureteric stricture but was subsequently noted to develop acute kidney injury with a rise in serum creatinine. A non-contrast CT scan of the abdomen and pelvis now showed an area of bladder wall thickening in the region of the left ureteric orifice with worsening hydronephrosis [Figure 1B]. He underwent a rigid cystoscopy and was noted to have edematous bladder wall mucosa with solid looking areas and had a transurethral resection of bladder tumor performed; histology showed normal urothelium with submucosal infiltration by metastatic adenocarcinoma with signet cell morphology. Immunostains show the carcinoma cells staining positively with CK7 and CK20, and negatively with CDX2, TTF1, Napsin A, S100, GATA3, PSA and PSAP. These findings were in keeping with metastatic poorly differentiated adenocarcinoma of esophagus/gastric origin. A re-staging FDG PET CT scan was performed and did not show any obvious nodal or distant metastasis. He was referred to the medical oncologist for palliative treatment of the metastatic esophageal cancer. 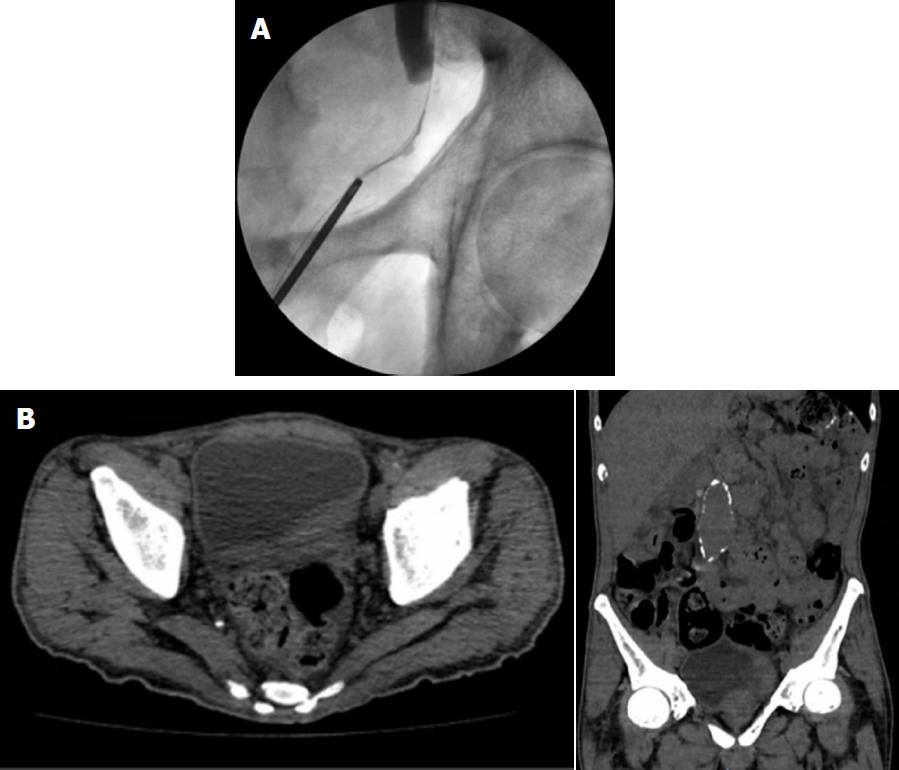 Figure 1. This (A) shows the initial intra-operative contrast study which demonstrates the left ureteric stricture with hydronephrosis. Follow up non contrast scan (B) of the abdomen and pelvis which shows left bladder wall thickening with worsening hydronephrosis

Shaheen et al.[2] performed a systematic review on esophageal cancer metastases to unexpected sites and found 164 cases reported, of which there were 14 cases of metastatic spread to the urinary tract (10 to kidney, 2 to penis and 2 to testis/spermatic cord), but none was found to have spread to the urinary bladder.

Metastatic spread to the bladder constitutes 2% of all bladder neoplasms, and most commonly they occur by direct invasion rather than from distant spread[3]. Velcheti and Govindan[4] reviewed 264 cases of metastatic disease to the bladder and found the most common primary site to be genitourinary and colorectal; and melanoma, breast and stomach are the commonest primary foci for distant spread.

The urinary bladder is an extremely rare site of metastasis from the esophagus with less than 5 cases reported worldwide. An extensive literature search found only four reported cases of metastatic disease to the bladder originating from the esophagus, with gross hematuria being the main presenting symptom. This is the first known reported case of a metastatic esophageal cancer to the bladder presenting with hydronephrosis and acute kidney injury.

The two main subtypes of esophageal carcinoma are adenocarcinoma and squamous cell carcinoma (SCC). There have been studies that looked at patterns of metastasis based on the histological subtype, and it has been found that esophageal adenocarcinoma is more likely to develop liver and brain metastasis; while SCC tend to develop lung metastasis, with no difference found for lymph node and bone metastases. Esophageal metastasis to the urinary bladder and its association with the histological subtype has not been reported in view of its rare occurrence, and will not make for a meaningful analysis in view of its small numbers.

This is the first reported case of a ureteric stricture with hydronephrosis and acute kidney injury resulting from a metachronous esophageal cancer to the bladder. An accurate diagnosis of the cause of hydronephrosis is crucial in all cases as it can affect the management of patients. In this case, the metastatic disease had infiltrated the bladder submucosa and initial cystoscopy and ureteroscopy did not show any obvious bladder mucosal or ureteric lesion, and he was treated as for a benign ureteric stricture. The initial CT scan did not show any other abnormality such as local recurrence, metastatic spread to other organs or enlarged lymph nodes to suggest metastatic disease. This case illustrates the importance of taking into consideration patient’s past medical history and to consider the various differentials for hydronephrosis, regardless of how unlikely or rare the possibility is. Ureteric re-implantation would be one of the treatment options for a long segment tight ureteric stricture or if the stricture had recurred after balloon dilatation. A decision was made to follow up with imaging first, which demonstrated the development of bladder wall thickening which eventually led to the diagnosis of a metastatic esophageal cancer. Treatment will now be with palliative intent and a percutaneous nephrostomy has been inserted to relieve the hydronephrosis, and the patient will be planned for palliative chemotherapy. His baseline renal function was initially normal, but he subsequently developed acute kidney injury due to obstructive uropathy. The percutaneous left nephrostomy relieved the obstruction and his renal function returned to normal. A normal renal function is important as many chemotherapeutic agents may cause nephrotoxicity and cannot be given in patients with renal impairment, or may need renal dose adjustment. For this patient, he was treated with capecitabine (Xeloda).

Informed consent to participate in the study was obtained from the patient.

Written informed consent was obtained from the patient for publication. 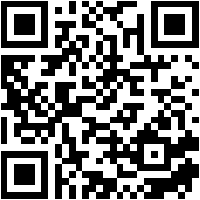