A 67-year-old man complained of the sudden onset of disabling pain in his right leg. He had already undergone full-endoscopic lumbar discectomy, interlaminar (FELD-IL) approach twice for lumbar disc herniation (LDH) at the L4/5 level. MRI showed recurrence of LDH at L4/5 level. Intradural masses were also suspected at the L4 vertebral level. Discography at the L4/5 disc showed contrast medium leakage from the disc to the subarachnoid space. Operation was performed and fragments of the herniated disc were carefully removed under a surgical microscope. The ventral dura mater could be seen adhering to the L4/5 disc. This report is the first documentation of intradural LDH after FELD-IL. Although FELD is less invasive than previous procedures, adhesion between dura mater and surrounding tissues may occur. It is most important to apply discography to confirm the presence of a hole between the intradural space and the disc.

Intradural lumbar disc herniation (LDH) is rare, with a reported incidence of 0.26%-0.30% of all cases of LDH[1,2]. The first report of intradural LDH was presented by Dandy in 1942[3]. Several etiopathologies of intradural LDH have been suggested, including adhesion between the ventral dura and posterior longitudinal ligament associated with congenital or chronic inflammation after previous surgery[1,4], congenital reduction in dural thickness, and congenital stenosis of the vertebral canal[5].

Full-endoscopic lumbar discectomy (FELD) is a minimally invasive technique for treating LDH. FELD has recently become widely used after being reported by Ruetten et al.[6] in 2008. Three approaches are used with FELD to treat LDH: transforaminal, posterolateral, and interlaminar (IL). To date, there are no reports of intradural LDH in patients following FELD-IL. Herein, we describe a case of intradural LDH after FELD-IL and discuss the specific features of diagnostic imaging, its etiopathology, and the surgical findings.

A 67-year-old man complained of the sudden onset of disabling pain in his right leg. He was admitted to our hospital. He had undergone FELD-IL twice before for LDH at the L4/5 level, 2 years and 1 year ago, respectively. There was no injury to the dura matter during the previous operations. The straight leg raising test was positive at 60° on the right side. Neurological examination demonstrated no paralysis and no sensory disturbance in his leg. There was no dysuria. Magnetic resonance imaging (MRI) showed LDH at the L4/5 level and a redundant cauda equina [Figure 1]. Intradural masses were also suspected at the L4 level. Computed tomography (CT) after myelography clearly showed an intradural mass from L4 to the sacral level [Figure 2]. It was suspected to be intradural disc herniation or a spinal tumor. Discography and CT discography showed leakage of contrast medium from the disc space to the subarachnoid space [Figures 3 and 4]. Based on these findings, we strongly suspected intradural LDH.

Figure 2. Computed tomography after myelography, sagittal image. An intradural mass was observed from L4 to the sacral level 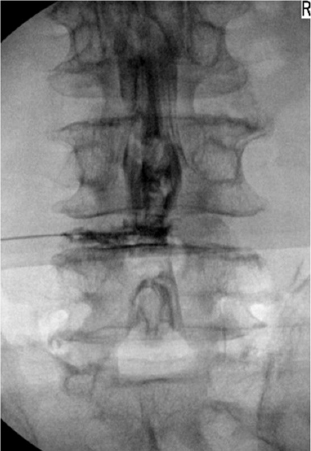 Figure 3. Discography at the L4/5 level. Contrast medium was not contained within the disc as it spread intrathecally with a myelographic appearance 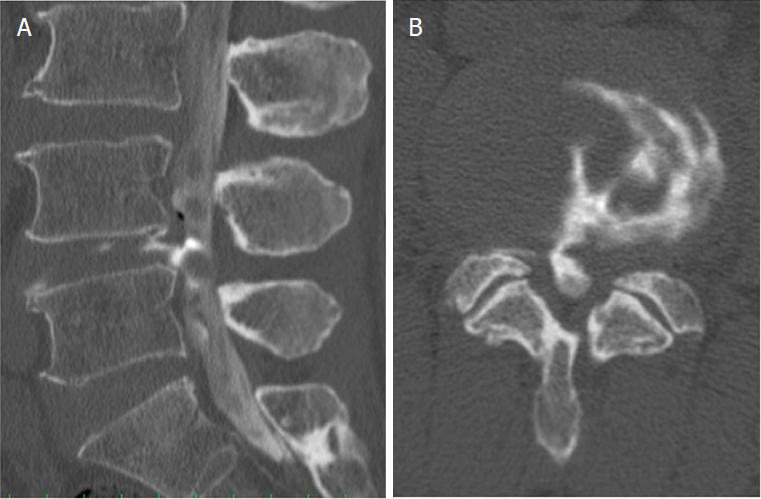 Laminectomy from L4 to S1 was performed, exposing a bulging dural sac at the L4/5 level. Durotomy was performed at the midline, and the herniated disc was fragmented [Figure 5]. These fragments were carefully removed under a surgical microscope until the adhesion between the herniated disc and the cauda equina was disrupted and the defect in the dura mater apparent [Figure 6]. The ventral dura was strongly adherent to the L4/5 disc. 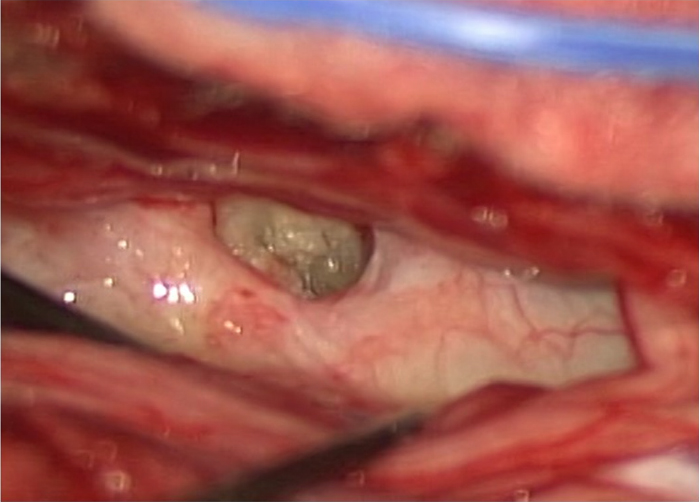 The patient reported alleviation of his leg pain immediately after the surgery. Postoperative MRI showed complete removal of the intradural LDH.

Although FELD is less invasive than previous procedures (e.g., micro-endoscopic or open surgery), adhesion between the dura mater and surrounding tissues may occur after FELD, as in the present case. The re-operation should be performed carefully even if the previous operation procedure was FELD. Matsumoto et al.[8] reported that the pathophysiology of intradural LDH is typically attributed to adhesion between the annulus fibrosus, the posterior longitudinal ligament, and the dura mater after local inflammation or a prior operation. It is quite possible that intradural LDH could occur after FELD-IL even though FELD is less invasive and there was no dural tear. 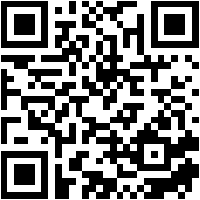