We present an alternative didactic approach to the esophagogastric junction through an active liver retraction with a laparoscopic palpator. We believe this didactic approach is not necessarily carried by a well-trained team. However, it is a minor modification of the standard operation that has advantages on surgical training in academic centers.

Laparoscopic surgery of the esophagogastric junction (EGJ) is a common procedure for a great number of antireflux operations had already been performed[1]. In addition, the surgical treatment of achalasia[2], esophageal neoplasms[3] and certain modifications of bariatric operations[4] are included in the laparoscopic procedures of the EGJ as well. The classical disposition of the ports for laparoscopic surgery of the EGJ comprises 5 ports. Liver retraction is usually accomplished through the use of dedicate retractors inserted in the right flank and the retractor is frequently kept static. Alternatively, liver retraction may be obtained through a port in the epigastrium with the aid of a simple stick (palpator)[5] or a Nathanson retractor[6].

We present an alternative didactic approach to the EGJ through an active liver retraction with a laparoscopic palpator.

Ports are placed in a similar fashion to the classic approach with the exception of the liver retraction port that is moved from the right flank to the epigastrium, closing to the xyphoid appendix [Figure 1]. 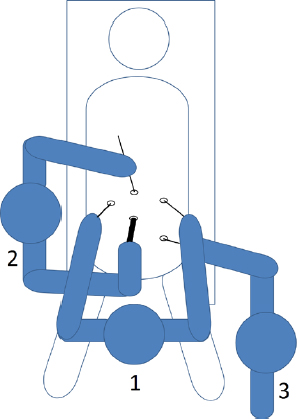 Figure 1. Ports placement for operations on the esophagogastric junction. Liver retraction is moved from the right flank of the classic approach to the epigastrium in the proposed didactic technique

The palpator is active and used for liver retraction [Figure 3], exposure [Figure 4], as an extra hand to allow the surgeon to work by both hands [Figure 5] and as a pointing device to communicate instructions and show anatomic structures [Figure 6]. The palpator may be replaced by other instruments to allow suction [Figure 5] or hold a knot during tying to prevent a slip knot.

Figure 3. Exposure of the esophagogastric junction and liver retraction with the conventional approach using a liver retractor through a right flank port A and the didactic approach with a palpator through an epigastric port B

Figure 4. Dissection of the distal esophagus and esophageal hiatus with the aid of a palpator. Retraction of the right A or left crus during dissection B

Figure 5. Palpator replaced by a suction/irrigation to help maintain a blood free surgical field and act as a third hand to allow the surgeon to work by both hands during a leiomyoma enucleation A or hiatal hernia repair B

Figure 6. Palpator as a pointing device indicates the lowermost point for a cardiomyotomy A and an the identification of an esophageal leiomyoma (dotted circle) B

The hiatus and the esophagus are initially approached through the right side after opening of the gastrohepatic ligament. The palpator may be used to retract the right arm of the crus or the esophagus, allowing the learning surgeon to have both hands free for dissection. Similarly, the esophagus is dissected from the hiatus circumferentially in a clockwise direction [Figure 4].

Operations on the esophagogastric junction in our university are entirely performed by a 4th year resident under direct supervision of a senior attending that acts as the first assistant in this didactic approach. This approach was feasible for all cases of Nissen fundoplication or Heller’s myotomy with exposure comparable to the classic approach [Figure 2]. In some cases of large, steatotic livers, the exposure may be cumbersome. In these cases, however, the palpator is kept immobile pushing the left lobe of the liver against the diaphragm above the esophageal hiatus. The advantages of a mobile stick are lost but the operation can be carried on similarly to the classic approach.

We believe this didactic approach is not necessarily carried by a well-trained team. However, it is a minor modification of the standard operation that has advantages on surgical training in academic centers.

Made substantial contributions to conception and design of the study and performed data analysis and interpretation: Herbella FAM, Katayama RC 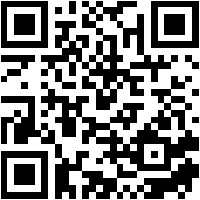