Robotic synchronous treatment of colorectal cancer and liver metastasis: state of the art

2Department of Digestive and Hepato-Pancreato-Biliary Surgery, , .

3Department of Emergency and Organ Transplant, , .

Aim: To analyze the series in literature of pure robotic surgery.

Methods: A complete review of the literature was performed to identify papers with data concerning robotic synchronous treatment of colorectal liver metastases.

Results: Three papers demonstrate the feasibility of this kind of synchronous treatment.

Colorectal cancer (CRC) remains the third cause of cancer in the United States, and liver is considered the most common site of metastasis. Surgical management of patients with primary CRC with liver metastasis is still controversial with different opinion on the subject[1]. In patients with resectable disease, surgical resection can be considered the only potentially curative treatment even if operative sequence on the management of CRC and liver metastasis (CLM) still remain unclear[2]. Considering that 20%-40% of all patients with CRC presents at the time of diagnosis, two main strategies are available for patients with synchronous metastasis, treating primarily the liver (liver first) or the colon (colon first). In some cases, especially in case of oligometastatic lesion of the liver, considering the spread of parenchymal sparing surgery[3], it has been demonstrated that synchronous treatment could be considered a safe option, with acceptable morbidity and mortality[2]. Initially, the introduction of minimally invasive surgery (MIS) has probably limited synchronous metastasis treatment due to the technical difficulties of two different kind of resection. Despite this, nowadays, various studies have demonstrated the feasibility of MIS for synchronous liver and CRC[4]. With the introduction of robotic surgery, it represent a valid alternative lo laparoscopic surgery achieve optimal surgical and oncological outcomes. Considering robotic surgery, The well-known advantages of for laparoscopic surgery are preserved (shorter length of stay, reduced blood loss and postoperative morbidity) adding the advantages of robotic[5-8] (magnified 3d dimensional vision, a very good access allowed for posterosuperior segment’s lesions or in contact with main liver vessels, less development of adhesions, tremor suppression, flexibility of the instruments).

The aim of this study is to present a systematic review of the literature to present the results of robotic surgery for colorectal liver metastasis in terms of short and long terms results.

The present study was designed following the PRISMA guidelines.

A systematic literature search was performed by two authors (Sammarco A, Memeo R) using PubMed, EMBASE, Scopus and Cochrane Library Central restricting to papers in English language, finding studies and articles published from 1998 to 2018, focusing the study on the synchronized treatment of the liver metastasis and the CRC. All studies including patients who underwent robotic liver resection for colorectal liver metastasis were considered as eligible for the study, especially studies who considered synchronous pure robotic resection of CLM and CRC.

All series containing other liver resection for different pathologies were excluded.

Actually in literature, due to the reduced number of series describing RAS liver resection, most series comprehend different kind of pathology, mostly hepatocellular carcinoma and CRLM. Only 3 series described detailed results with only CRLM [Table 1][9-11]: 2 were retrospective and 1 prospective The number of patients ranged from 6 to 59. No data were available on number of resected lesions. Only one series presented major resection: 1 left hepatectomy, 3 right hepatectomy in a total of 82 resected patients for CRLM. Operative time ranged from 198.5 min to 401 min. Perioperative Blood loss ranged from 200 mL to 316 mL. Conversion tax ranged from 0% to 12%. Complications and major morbidity included delayed wound healing after an abdominal perineal resection (APR) and a delayed rectal anastomotic failure after ileostomy reversal in synchronous resection[11], 1 postoperative bile leak, 2 heart failure[9]. 90 days mortality was 0%. The length of stay ranged from 4.5 days to 6 days. The rate of R0 resections ranged from 92% to 100%.

This systematic review confirmed the benefits of robotic approach with satisfying results, even if more extensive series and long-term results are still unclear, they are expected to be reported in the future studies.

Robotic surgery has been considered as an alternative to laparoscopic surgery to reduce the technical difficulties of laparoscopic procedure, maintaining the benefit of minimally invasive surgery. In this idea, simultaneous resection of liver and CRC could be considered a good indication for robotic surgery, due the possibility to perform both surgery in the same surgical procedure in two different surgical fields. Synchronous MIS resection has been well described in laparoscopic surgery[12], but this strategy needs to be confirmed in robotic surgery in future, considering the increased diffusion Da Vinci robot and the progressive reduction of procedure related costs.

One of the main data available reading this review, is the pauperism of cases of synchronous resection. Only few series described resection for colorectal liver metastasis, most of them described as wedge resection. In all literature, only 8 case on 85 describe simultaneous resection, demonstrating that the synchronous approach still remains limited to few cases, despite the technical advantage of robotic surgery. As described in our paper, few synchronous procedure were performed, with two main limitations evidenced by the data, evidencing the difficulties to perform synchronous resection with major hepatectomies (only one series describe 13.5% of major resection) and to perform colorectal anastomosis, due to the higher risk of anastomotic leak in patients who underwent pedicle clamping for control of bleeding during liver resection.

In synchronous resection, usually liver resection anticipates colon resection. The management of bleeding remains a priority in this kind of resection and prolonged portal vein occlusion should be avoided in order to reduce the risk of damage the colonic anastomosis[6,13]: the prolonged vascular clamping leads to the transient portal hypertension with edema of the intestinal mucosa, responsible of the colorectal anastomotic failure[14], so the use of the intermittent Pringle’s maneuver has to be carefully shrewd.

Another important data evidenced by review is that despite an augmented duration of surgery due to the necessity to perform synchronous operation, operative time still remains acceptable and comparable to laparoscopic, non-impacting the length of stay.

Postoperative morbidity and mortality are acceptable, confirming the data reported by minimally invasive surgery. In the series of Dwyer et al.[11], an anastomotic leakage is described, and this event strongly impact postoperative course due to the necessity of reoperation, questioning the risk of performing the colorectal anastomosis during synchronous resection.

Even if more studies are still required to define the oncologic outcome, RAS seems also expendable in a one-stage minimally invasive approach for the treatment of the simultaneous resection of primary colorectal neoplasm with synchronous liver metastases, showing advantages over conventional surgery in terms of postoperative short-term couse[14].

Nowadays, the benefit of the robotic approach on the laparoscopic one is still a matter of debate, because of the heterogeneity of patients and the lack of long-term outcomes. This paucity of data makes difficult to draw a conclusion but, based on the few data available in this review, synchronous robotic liver and colic resection seems feasible in highly selected cases.

Contributed to the concept and writing of the paper: Sammarco A

Contributed to the writing and revision of the paper: de’Angelis N, Testini M

Contributed to the writing and editing of the paper: Memeo R 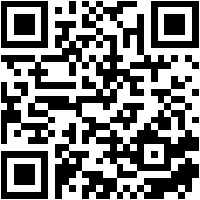