Transanal total mesorectal excision (TaTME)[1] is now considered as a new standard of care in the surgical management of low and mid rectal cancer for many surgeons. The main argument is a supposed better visualization of the difficult anatomical area represented by the low third rectum (considered as “a rectal no man’s land”), thus allowing better nerve preservation, better resection margins, and better functional outcomes than standard laparoscopic TME[2,3]. This transanal approach is particularly interesting in obese patients with narrow pelvis and/or bulky tumor. However, all the encouraging results are only based on retrospective and comparative studies. Two randomized trials comparing TaTME and standard laparoscopic TME from above are currently ongoing (GRECCAR 11 and COLOR III)[4,5], but their results are not yet available. In addition, the surgical community highlights some concerns about the safety of this procedure, especially regarding the occurrence of postoperative morbidity and some altered oncological and functional long-term outcomes.

An alarming report of the Norwegian Colorectal Cancer Group about oncologic results after TaTME has recently been published. This report was presented in January 2019 at the 9th Ahus Colorectal Symposium, University of Oslo in Norway and highlighted a higher rate of local recurrence after TaTME in the Norwegian national survey. Larsen et al.[6] published the Norwegian moratorium, which was decided after 110 TaTME procedures. The reason was that, after only 11 months, a local recurrence was observed in 9.5% of patients who underwent TaTME when compared with 3.4% of patients undergoing laparoscopic TME. Besides this increased rate, a new pattern of local recurrence in terms of its multifocality as well as its early timing after TaTME has been observed. Regarding these alarming data, the Norwegian surgical community decided to cease performing TaTME for low and middle rectal cancer[6]. Today, long-term results from the international registry of TaTME as well as those from the Dutch survey are not available. We can imagine that, according to the further results of these two registries, the opinion of the colorectal surgeon community will definitely be modified. In such an alarming situation, it will probably mean that TaTME should not be proceeded in non-expert centers.

However, possible problems of TaTME concern not only oncologic results, even if they are the most important. Some intraoperative adverse events have also been reported during the transanal phase, such as wrong dissection plane, organs injury (vagina, urethra, bladder, and rectum), and carbon dioxide embolism. In the international registry of TaTME including 1594 procedures[7], 31% of the patients presented with intraoperative adverse events during the transanal phase mainly represented by technical problems (18%), wrong dissection plane (6%), pelvic hemorrhage (4%), and organs (urethral, rectal, vaginal, or bladder) injuries (2%). As a new surgical procedure, the learning curve of TaTME is real, and its implementation seems to be possible only in high volume centers. In our experience of the 34 first TaTME cases, intraoperative complications occurred in 21% of patients (4 rectal, 1 bladder, and 1 vaginal perforations) vs. only 6% from control cases with standard laparoscopic TME (2 rectal perforations) (P = 0.07)[8]. In addition, Perdawood et al.[9] reported bladder and urethral injury in 2% and 1% of their patients, respectively, and bleeding in 8%. All these intraoperative adverse events occurred during the transanal phase. In our preliminary experience, when we compared the first 20 cases with the last 14 cases of TaTME, intra-operative complication rate, although not significant, decreased from 25% to 14% (P = 0.4)[8]. The American training program[10] reported the experience of surgeons after a two-day, cadaver-based training, with many concerns about wrong dissection plane in 60%, organ injury (especially urethral lesion) in 25%, and hemorrhage in 15% of cases. This cadaver-based training should be complemented by other training sessions to safely perform TaTME[10]. In addition, Koedam et al.[11] reported in their study that the learning curve is about 138 TaTME. At the beginning of their experience with their first 40 patients, the rate of major postoperative complications (Dindo III-IV) was 47.5% of patients, in whom 27.5% was leakage (anastomotic leakage after restorative surgery and presacral abscesses in patients with a colostomy). These rates decreased in the second part of the learning curve, but the procedure was still challenging. Forty procedures may be considered as a cut-off to appreciate an improvement in postoperative morbidity. In conclusion, the implementation of TaTME seems to be difficult, and the question remains of whether it can be done everywhere or only in high volume centers.

During the postoperative course, although the anastomotic leak rate was initially very low in the first TaTME reports, the rate is now similar to laparoscopic TME. In the international registry, anastomotic failure occurred in 15.7%[7], which is similar or even higher than those reported after laparoscopic TME: 13% in the COLOR II trial[16] and 10% in the CLASSIC trial[17]. The Dutch TaTME registry reported a quite similar rate of anastomotic leak: 16.5% after TaTME vs. 12.2% after laparoscopic TME[18]. Thus, the idea that leak rate would be lower after TaTME due to avoiding “dog ear” observed during stapled anastomosis performed from above might be wrong, and finally the risk of leak is probably unrelated to the technique used for performing TME.

Long-term functional result in rectal cancer surgery is an important endpoint. Concerning functional results, a comparative study[19] between TaTME and laparoscopic TME recently reported that functional outcomes after TaTME were significantly worse than those after laparoscopic TME. Indeed, anorectal symptoms, such as buttock pain (P = 0.011), diarrhea (P = 0.009), clustering of stools (P = 0.017), and urgency (P = 0.032), significantly disfavored TaTME, as did the mean low anterior resection syndrome score, which is worse after TaTME than laparoscopic TME: 26.18 vs. 20.61 (P = 0.054). These results suggest that the use of a transanal device during the entire operating time could lead to a worse functional result, which is already altered after standard colo-anal anastomosis.

To conclude, if TaTME appeared as an attractive alternative for mid and low rectal cancer surgery with encouraging results in the first retrospective studies, some concerns have recently emerged, especially regarding the oncological results and a higher rate of early and multifocal recurrence, leading the Norwegian colorectal cancer group to cease TaTME in their country. Results of ongoing randomized control trials are needed to consider or not TaTME as a standard of care in rectal cancer surgery.

Made substantial contributions to conception and design of the study and performed literature review and interpretation: Aubert M, Mege D, Panis Y 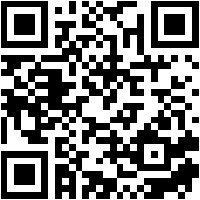