Nodal upstaging takes place when unsuspected lymph node metastases are detected by pathological evaluation, after surgical treatment for non-small cell lung cancer. In early stages non-small cell lung cancer, nodal upstaging amounts to 4.8%-24.6%, depending on several factors, such as accuracy of preoperative staging, localisation and size of tumour and number of lymph nodes removed. Nodal upstaging is considered a surrogate of the completeness of thoracic oncologic surgery; for this reason, various studies focus on the evaluation of its rate in the different surgical approaches used to treat lung cancer. In this analysis, a high percentage of upstaging is observed in robotic surgery, having similar values to open surgery results, usually considered the gold standard in terms of oncologic radicality. In fact, thanks to its features, robotic surgery allows carrying out a thorough lymphadenectomy in the most comfortable manner, ensuring an excellent vision and manoeuvrability of the instruments even in the most remote areas of the thorax. According to these results, robotic surgery constitutes a safe and radical surgical option, showing encouraging results on the efficacy of lymphadenectomy and, consequently, on its the long-term outcomes.

Nodal upstaging means presence of unsuspected pathologic metastasis in hilar or mediastinal lymph nodes detected during histopathologic analysis and it is considered synonymous to the radicalness of resection in lung cancer.

The rate of nodal upstaging, reported in non-small cell lung cancer (NSCLC) patients, is variable (10.3%-26.9%), depending on the surgical approach and the clinical stage of the patients considered [Table 1]. Several factors have been reported to influence nodal upstaging in clinical early stages. The dissection of an adequate number of lymph nodes is undoubtedly a fundamental element to take into account, being linked to the risk of lacking metastatic lymph nodes[1]. Hence, a larger number of assessed lymph nodes results in a better prognosis for lung cancer patients[2]. Current recommendations indicate that at least three mediastinal stations, as well as hilar nodes should be removed to achieve an appropriate staging[3]. Moreover, Ismail et al.[4], in their experience with uniportal video-assisted thoracic surgery (VATS) anatomical resection, suggested that 18 lymph nodes is an adequate number to acquire an accurate upstaging rate, in particular 7 hilar nodes appear enough for N1 upstaging and 11 mediastinal nodes for N2 upstaging evaluation.

In addition, nodal upstaging depends on the characteristic of primary neoplasm; in fact, the dimension of the tumour > 2 cm, clinical T stage > 1, central tumour, localisation in lower lobe and PET with SUV max value > 4 are to be considered risk factors[5]. The role of histology is debated, given that Decaluwé et al.[6] described an association between squamous cell histology and nodal upstaging, whereas Toker identified the adenocarcinoma as a risk factor for upstaging. Furthermore, Toker recognised the possible influence of some diseases, such as diabetes mellitus, rheumatoid arthritis and tuberculosis, on nodal upstaging[5].

Accuracy in preoperative staging takes on a crucial role in nodal upstaging. CT scan and PET should be carried out in all patients, in association with endoscopic diagnostic procedures (EBUS) or mediastinoscopy in doubtful cases. Despite a thorough clinical staging, unsuspected node metastasis is observed in about one-third of the patients after surgery. Rocha described a N2 upstaging in 8.3% of patients with preoperative negative nodes, investigated by mediastinoscopy[7].

The last element that may obviously affect the quality of lymphadenectomy is the surgical technique[8]. Specifically, the dissection of nodes in the hilum seems to be directly related to the surgeon’s experience and, consequently, nodal upstaging represents a surrogate for expertise in a specific surgical approach[9]. This is confirmed by the variability of results about the lymphadenectomy in the different studies, which show higher upstaging rate in more experienced facilities.

The role of the various surgical tools is to facilitate the operation, allowing to perform high-quality surgical procedures, in a safe and comfortable manner. VATS has represented a lucky break in lung cancer therapy, allowing to treat patients with a less traumatic approach. VATS is yet strongly dependent on surgeon’s technical skills, resulting in some level of discrepancy in the quality of the surgery. Robotic surgery with its technological features embodies the minimally invasive approach and the possibility to carry out the operation versatilely, overcoming potential difficulties.

Over the latest years, papers have focused the attention on lymphadenectomy and nodal upstaging in order to evaluate the quality of minimally invasive surgery (MIS), compared to open surgery in the treatment of lung cancer. Video-assisted thoracic surgery and the most innovative robotic surgery are associated with better postoperative results, in terms of length of stay, rate of complications and quality of life[10,11]. Nevertheless, due to their most recent introduction in daily practice, data on long-term outcomes in lung cancer patients who underwent MIS are bounded. For this reason, the analysis of nodal upstaging rate has become a fundamental element to evaluate the completeness of surgical resection provided by minimally invasive technique, in comparison with the more established open approach.

Initial studies have discussed the quality of lymphadenectomy in patients with clinical early NSCLC who underwent VATS and thoracotomy. The results of the comparison between these two techniques are discordant. Despite the number of nodal stations resected being similar, in the group of patients treated by VATS, a lower upstaging rate was observed when compared to the other group. Decaluwé et al.[6] reported an overall nodal upstaging in 15.9% of clinical stage I patients, with a substantially lower rate in VATS group, although there was no difference in the global number of dissected nodal stations (in the open group: 5 ± 1.9; in the VATS group: 5 ± 1.7; P = 0.99). Licht, in his analysis of 1513 lobectomy of Danish registry, observed nodal upstaging in 18.6% of cases, with a higher percentage in open than VATS group. In particular, N1 upstaging was 13.1% in open lobectomy and 8.1% in VATS lobectomy, whereas N2 upstaging was 11.5% in open group and 3.8% with VATS approach. In contrast with the lower percentage of nodal upstaging reported in VATS resections, the overall survival results superior in patients treated by the minimally invasive approach[1]. In fact, VATS seems to be associated with an improvement of survival in pathologic stage I, probably due to the reduction of complications and consequent higher early-survival in elderly and compromised patients[12]. The divergence in nodal upstaging is probably caused by various factors. One of them is surely represented by the selection of the patients, as bigger and central lesions are not usually selected for MIS. In addition, the surgical technique can influence the quality of resection obtained by VATS procedures and the surgeon’s experience in minimally invasive surgery and the use of fissureless technique have a particular impact over the result obtained, evading the N1 dissection located in the interlobar site.

More recently, the surgeon’s assessment has focused on robotic surgery and its oncologic long-term outcomes. In 2015, Lee et al.[8] described similar upstaging in VATS and robotic groups, with a trend of a higher rate of unsuspected metastasis in hilar nodes by robotic surgery. Different results were reported by Wilson et al.[13], who evaluated 302 clinical stage I NSCLC patients treated by robotic segmentectomy or lobectomy. He reported nodal upstaging in 10.9% of cases, from N0 to N1 in 6.6% and to N2 in 4.3%. These results are in line with the nodal upstaging rate recorded with the open approach, which is considered the gold standard approach[13]. Indeed, in the hands of an expert surgeon, robotic surgery would enable the possibility to resect with higher precision the lymph nodes, resulting in a more accurate staging, as described by Toosi et al.[3]. In fact, in his evaluation of robotic lymphadenectomy during lobectomy for NSCLC, Toosi et al.[3] observed a mean number of total dissected nodes (N1 + N2) of 13.9 ± 0.4, with a mean of N2 nodes of 7.7 ± 0.3 and an assessment of at least three mediastinal stations in 98.4% of cases. The opportunity to achieve a more thorough lymph node dissection, with a higher completeness, using robotic surgery was confirmed by a study comparing between robotic and open lobectomy for clinical N0 NSCLC, with a total number of dissected nodes of 14.42 ± 6.99 in robotic and of 14.32 ± 7.34 in open group. In this study, the percentage of nodal upstaging in the two groups was similar, 20.8% by robotic surgery and 17.9% by open approach, confirming that lymphadenectomy by robotic approach can be precise, equalling open surgery[14]. Studies about oncologic outcomes after lung resection have confirmed the suitability in terms of oncologic radicality of resection of the robotic surgery for NSCLC treatment. According to Louie, robotic approach assures a similar five-year survival and lymph nodes staging to open approach, with shorter hospitalization, less pain, faster recovery and reduced impact on pulmonary function[15]. These results are in line with other studies regarding the application of robotic approach, also in more advanced lung cancer stages, which reported data conforming to open surgery. In our experience, in the analysis of 212 NSCL cases who underwent major lung resection by robotic surgery, the actuarial overall survival was 98.5% for stage I, 93.7% for stage II, 73.1% for stage III and 0% for stage IV, at 60 months[16]. Toosi et al.[3] reported a three-year overall survival of 75%, 73%, 44% and 0% for pI, pII, pIII and pIV, respectively. In a multicentric study, Cerfolio et al.[17] described five-year stage-specific survival of 83% for stage IA, 77% for stage IB, 68% for stage IIA, 70% for stage IIB, 62% for stage IIIA (including N2 disease patients) and 31% for stage IIIB, to confirm the high quality of the surgical robotic resection.

The recent literature and the increasing diffusion of minimally invasive approaches worldwide in thoracic field are proclaiming robotic surgery as the present as well as the future in the treatment of lung cancer.

Currently, despite the lack of haptic feedback, featuring the current system (DaVinci, Intuitive Surgical, Sunnyvale, CA), robotic surgery allows proceeding comfortably and safely during the dissection of lymph nodes. In fact, the scaled motions, the dexterity, the high geometrical precision and the instrument’s wide range movement support the surgeon during the lymphadenectomy, making it easier to reach all the hilar and mediastinal stations without difficulties [Figures 1 and 2]. In addition, taking advantage of the high definition 3D camera with the 10-fold magnified view of surgical field, the surgeon can perform the dissection of nodes with a greater accuracy, limiting bleeding and other intraoperative complications. Thanks to the robotic system features, skilled robotic surgeons have also been able to approach clinical N2 NSCLC treated by neoadjuvant therapy, obtaining positive results, despite the challenges represented by the tissue rearrangement.

Given these results, robotic surgery can constitute an ever more valuable instrument for the surgeons, to offer a radical and safe operation with minimally invasive approach, also in advanced stage NSCLC or in complex cases.

To Teresa Hung Key for her support and the linguistic accuracy checking.

Made substantial contributions to conception and design of the study and performed data analysis and interpretation: Zirafa CC

Prof. F Melfi is an official proctor for Intuitive Surgical. The other authors have no conflicts of interest to declare. 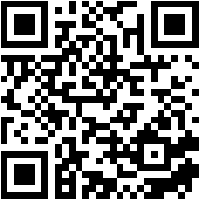