Department of Colon and Rectal Surgery, , .

The surgical management of rectal cancers located in the distal rectum presents a unique challenge for surgeons as it is anatomically unfavorable and technically difficult to access. Over the course of the 20th century, novel techniques contributed to the improvement of rectal cancer management and led to improved quality of life for patients following surgical resection. In this article, we explore the background of rectal surgery techniques, which have progressed from abdominal perineal resection to transanal abdominal transanal proctosigmoidectomy, transanal total mesorectal excision (taTME), and ultimately minimally invasive transanal sphincter preserving techniques utilizing single port robotic technology (SPr taTME). In the first clinical experience with the DaVinci SP robot in the United States, we are finding many advantages of this new platform in transanal surgery. The SP offers superior image quality with 3D view, wristed instruments facilitating ergonomics, and superior surgical precision.

For a large portion of the 20th century, low-lying rectal cancers were commonly treated by performing an abdominoperineal resection (APR), first reported by Miles[1] in 1908 [Figure 1]. While the APR is oncologically effective, it distinctly alters the gastrointestinal anatomy and leaves the patient with a permanent colostomy. This procedure was adopted as standard treatment for rectal cancer for much of the century. However, local recurrence (LR) rates of 20%-40% in the 1970s and 1980s and a desire to extend sphincter preservation led to critical advances in rectal cancer management[2].

Improved operative approaches and high dose preoperative radiation were shown to reduce the rates of LR in rectal cancers over the latter half of the 20th century[3]. In 1982, Heald and Ryall[4] sharpened the focus on precision and proper surgical technique by performing meticulous dissection of the mesorectum and formulating the term total mesorectal excision (TME). TME has since become a fundamental principle in rectal cancer surgery and proved to reduce local recurrence rates.

Prior to this, in 1976, Mohiuddin et al.[5] embarked upon the first program in the world that offered sphincter preservation following high dose radiation therapy in the preoperative setting. It was quickly realized that the irradiated rectal cancer was often so downstaged that sphincter preservation could be expanded. A challenge existed in the diminished size, making the tumor difficult to reliably palpate intraoperatively, hence leading to difficult determination of the distal tumor margin. To address these two problems of extending sphincter preservation and assuring an adequate distal margin, a new operative technique was conceived. In 1984, Marks et al.[6] developed the transanal abdominal transanal (TATA) proctosigmoidectomy with coloanal anastomosis. The operation commences by incising the rectum in a full thickness fashion at the level of the dentate line and continuing the dissection cephalad. The rectal lumen is oversewn in a watertight fashion. In this manner, a known distal margin to the tumor is established and a total proctosigmoidectomy is then accomplished from an abdominal approach. This resection is followed by a direct coloanal anastomosis using healthy, non-radiated tissue from the descending colon, and avoids the need for a permanent colostomy. Contrary to the standard treatment of cancers in the distal third of the rectum, which requires navigation through the narrow confines of the deep pelvis, the TATA procedure avoids the need to apply a stapler from above. An underemphasized benefit of this approach is that the most difficult part of the operation is carried out transanally, at the beginning of the operation. In addition to preserving sphincter function, Marks et al.[7] was able to reduce the local recurrence rate to 9% in a time where local recurrence was reported to be 25%. The TATA procedure was shown to provide an oncologically safe sphincter preserving procedure for patients that otherwise would have received an APR[7].

In 1984, following the conception of the TATA, Kosinski et al.[8] ventured to perform a full thickness local excision (FTLE) of a distal rectal cancer after full-dose radiation. This early experience demonstrated that local excision after neoadjuvant radiation could not only be performed successfully, but also safely with a low rate of local recurrence. This approach was slowly adopted due to the engrained beliefs that operating in an irradiated field leads to poor healing and high leak rates. However, due to superior oncological outcomes, the advantages of multimodal therapy were ultimately accepted, and neoadjuvant therapy became a standard practice in locally advanced cancers.

As is often the case with emerging technologies, the advent of minimally invasive surgery brought about further advancement in the surgical treatment of rectal cancer. Prior to the first laparoscopic abdominal procedure, in 1983, Dr. Buess[9] developed the transanal endoscopic microsurgical (TEM) platform for resection of rectal polyps and early stage cancer [Figure 2][10]. This technique used rigid laparoscopic instruments via a single transanal port to provide superior reach and exposure to rectal pathology that limited prior open transanal approaches. Dr. John Marks furthered this technique in 1996 when he performed a transanal endoscopic microsurgery full thickness local excision (TEM-FTLE) following neoadjuvant high-dose radiation. Later, in 2008, he used the TEM platform to perform the first transanal total mesorectal excision, which he termed TEM-ATA. 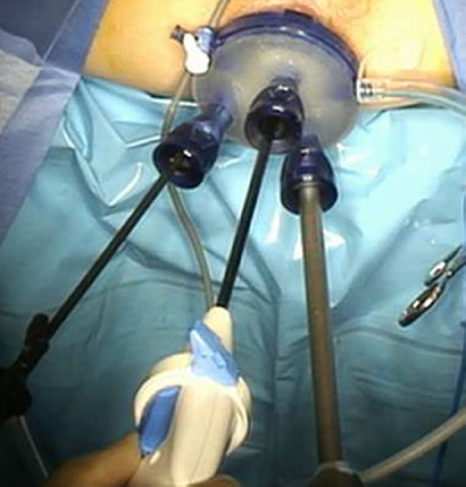 Both Drs. John Marks and Joel Leroy can be recognized for pushing the limits of transanal surgery using the TAMIS technique. In 2012, Dr. Marks accomplished the first transanal splenic flexure release and IMA transection. In 2013, Leroy et al.[13] performed the first “pure” NOTES proctosigmoidectomy, which he termed peri-rectal oncologic gateway for retroperitoneal endoscopic single site surgery. In the same year, the first NOTES TATA was demonstrated by Marks et al.[14], who later published a dynamic manuscript outlining the critical views for pure NOTES proctosigmoidectomy via TAMIS. While these advancements highlight what can be achieved transanally by highly experienced surgeons with single port laparoscopy, the ergonomics and technical challenges of these approaches resulted in limited adoption of these techniques.

As robotic surgery emerged, Atallah et al.[15,16] described the first robotic TAMIS in 2011 using the da Vinci Si robot on a cadaveric model and later performed the first local excision of rectal cancer on a live patient in 2012. Subsequent to this, several institutions have reported on their experience with robotic TAMIS. The advantages reported are superior 3D view, wristed instruments, better ergonomics, and superior precision. Despite these benefits, the multi-arm robot was found to be ill-suited for single port surgery. External arm clashes and internal conflicts have relegated this approach to an interesting novelty.

With the clinical introduction of the da Vinci Single Port (SP) robot, many of these hurdles of robotic single port surgery have been addressed, employing this technology in the next generation of robotic TAMIS (rTAMIS). The da Vinci SP platform is a single arm single port system that is ideal for rectal procedures [Figure 4]. The SP system includes three 6-mm jointed and wristed instruments and the first da Vinci jointed 3D camera [Figures 5 and 6]. This facilitates viewing and operating on all quadrants of the rectum without repositioning the patient. The hologram of instrument position seen on the SP screen allows the surgeon to better avoid instrument collision and permits superior retraction. Current instruments available for the SP robotic system include: needle driver, cadiere forceps, round tooth retractor, clip applier, monopolar scissors, monopolar hook and spatula tip cautery, and both Maryland and fenestrated bipolar forceps. To date, there is no SP vessel sealer, suction, or stapler. These represent significant drawbacks that will likely be addended in the near future. 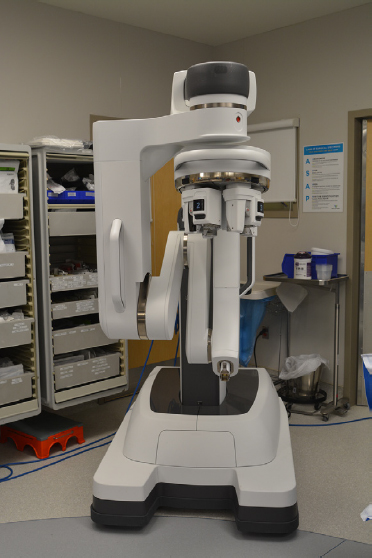 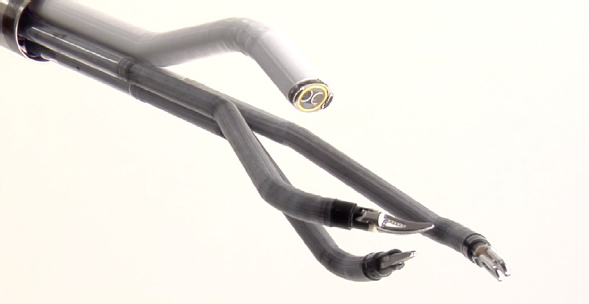 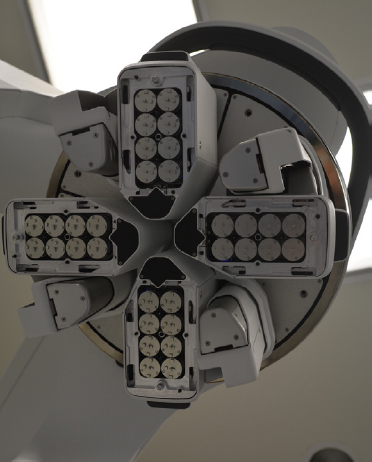 In a cadaveric feasibility study, the SP robot was shown to be a realistic platform for the future of endoluminal surgery. As reported in a manuscript published in 2017, Marks et al.[17] performed 12 local excision procedures (SPr TAMIS) with no fragmentation of the specimen and negative margins. In January 2020, the first clinical experience performing a single-port left colectomy using the SP robot (SPr SILS left colectomy) was described[18]. Relative ease and comfort were noted with this novel operative platform with minimal physical or mental fatigue to the surgeon. In an FDA regulated feasibility study, the use of the SP robot was expanded to perform transanal TME dissections. Building on prior laparoscopic transanal total mesorectal excision experiences, Dr. Marks began utilizing the SP robot in total transanal TME procedures, including transanal splenic flexure release and high ligation of the IMA. The results of these experiences have yet to be published. With these advances, the SP robot demonstrates significant surgical milestones in the field of transanal and other natural orifice surgery. From APR, to TEM and NOTES, to TAMIS and the advent of SP robotic transanal surgery, technological advances are constantly providing surgical and oncological advantages in the treatment of rectal cancer.

E Kunkel, C Martin, S Agarwal and H Schoonyoung have no conflicts of interest to disclose. Dr. John Marks is engaged with Intuitive Surgical in a consultative fashion to develop the safe application of the SP robot. This has entailed detailed conversation as well as cadaver work utilizing a robotic protocol. He has been financially compensated for this work. 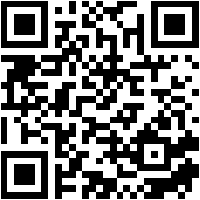