Epiphrenic diverticula occur within the distal 10 cm of the esophagus. Because they are secondary to an underlying esophageal motility disorder, the surgical treatment of these diverticula must include a myotomy in addition to the resection of the diverticulum. In selected cases, the diverticulum can be left in place, performing only the myotomy and the partial fundoplication. Most patients will eventually become asymptomatic and the diverticulum can be left in place. Overall, it is a challenging operation that may be associated to significant morbidity. In this review, we illustrate the key technical elements and how to troubleshoot eventual problems.

Zenker’s diverticulum is located in the area of the upper esophageal sphincter and treated by either an open cervical or an endoscopic approach[1]. Midthoracic diverticula are usually asymptomatic[3] and represent only 15% of the esophageal diverticula[4]. Intramural pseudodiverticulosis is a rare condition mostly linked to the mucosa[5]. These conditions are not treated here.

Epiphrenic diverticulum (ED) [Figure 1] occurs within the distal 10 cm of the esophagus[2]. It is associated to esophageal dysmotility[6]. The most common named esophageal motility disorder linked to this disease is achalasia[7]. ED is usually treated by a minimally invasive approach, but some series show suboptimal outcomes with up to 23% leak rate and 20% need for a reoperation[8]. In this series dedicated to Postoperative Complications and Recovery of Minimally Invasive Esophageal Surgery, we may propose three points for discussion as technical tips to improve outcomes and minimize complications in the treatment of ED: conservative approach in selected cases, the abdominal approach when surgical therapy is indicated, and the isolated treatment of the esophageal dysmotility without diverticulectomy. 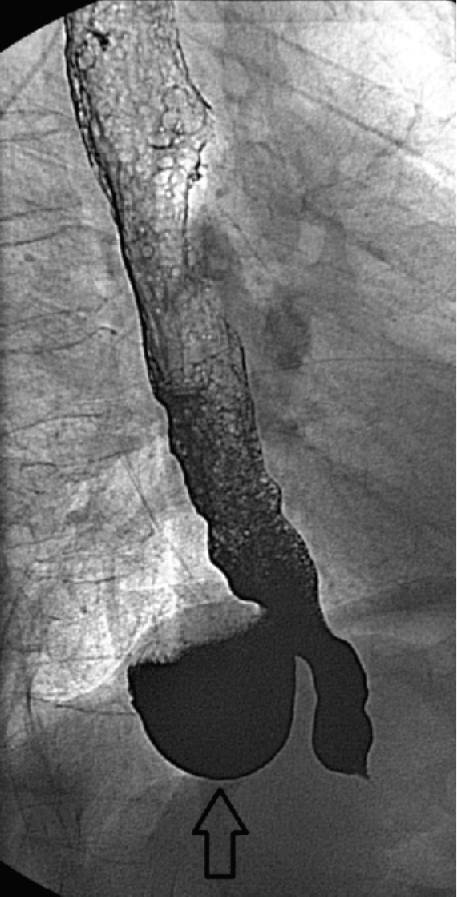 Most authors advocate the surgical treatment for ED with a cardiomyotomy (Heller’s operation) and diverticulectomy[8-10]. This form of treatment was historically performed through a thoracotomy. In the era of minimally invasive surgery, thoracoscopy replaced thoracotomy as the preferred approach[9]. The thoracic approach gained popularity due to easy access to the diverticulum, especially in situations when its ostium is more proximal into the esophagus. The thoracic route has some disadvantages as compared to the abdominal approach that goes farther than the pulmonary morbidity and pain. The myotomy is associated to worse outcomes when performed through the chest as compared to the abdominal route, especially due to a high rate of gastroesophageal reflux[11]. In addition, the development of staplers made easier the resection of the diverticulum via laparoscopy[9]. These advantages shifted the preference of modern authors to the laparoscopic route[8]. In addition, the laparoscopic approach allowed the performance of a partial fundoplication after the myotomy to prevent pathologic reflux. 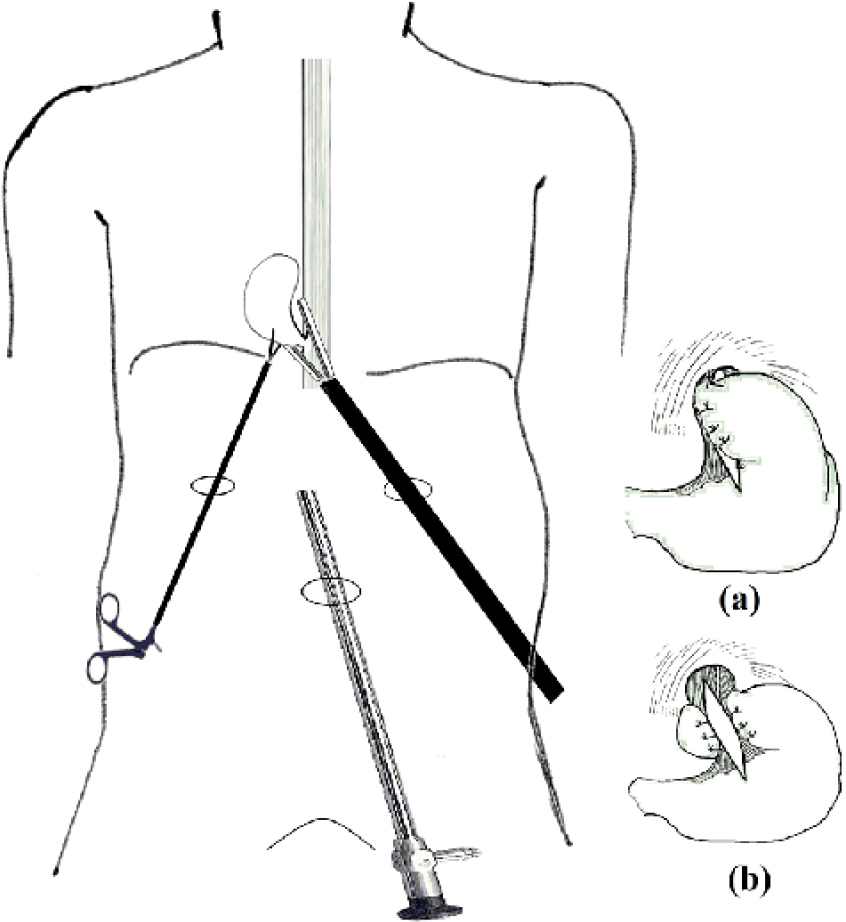 Figure 2. Laparoscopic resection of epiphrenic diverticulum (left). The operation also includes a myotomy and partial fundoplication, either a Dor (a) or Toupet (b). Reproduced from Reference[1] with permission by Springer

Treatment of the dysmotility without diverticulectomy

An esophageal motor disorder is present in the majority, if not in all, patients with ED[6,10]. A cardiomyotomy is always necessary when treating a symptomatic diverticulum, even if a dysmotility was not detected by esophageal manometry because: (1) an esophageal dysmotility may not be detected by conventional parameters and be missed by unexperienced physiologists[6]; (2) esophageal dysmotility such as achalasia rather than the diverticulum per se may be responsible for most of the symptoms, such as dysphagia and pulmonary symptoms[10,16]; and (3) the addition of a myotomy decreases the chance of leak due to a lower intraluminal pressure[17].

Allaix et al.[20] compared the outcomes for resected versus non-resected diverticula in a multicenter study. Among 13 patients, in seven the diverticulum was not excised. The reasons for this approach were small size or technical reasons (the upper pole could not be safely dissected laparoscopically because it was too far from the esophagogastric junction or because of severe adhesions). Similar symptomatic outcomes were documented after 20 months.

If diverticulectomy is not necessary for symptomatic relief, endoscopic treatment for the motor disorder, such as forceful dilatation of the cardia, per oral endoscopic myotomy may be an attractive option. Initial results are promising, albeit mostly based on few case reports[17,21-23].

Some ED are asymptomatic or present with few symptoms[1]. This ED may be left untreated.

Some authors investigated the fate of untreated diverticula. Castrucci et al.[18] followed up 13 patients for 64 months and showed no complications or worsening of pre-existing symptoms and no change in size (except for one case). Zaninotto et al.[24] followed up 16 patients for 46 months in whom the conservative approach was followed because of the small size of the diverticula or the presence of severe comorbidities. Symptoms were mostly unchanged. The same authors reviewed the literature with similar results reported by five other studies[25].

Some authors opt for treatment irrespective of symptoms due to the fear of aspiration of the contents of the diverticulum. Symptoms of nocturnal intermittent aspiration are frequent[25]; however, cases of pneumonia are rare[26,27].

The risk of malignant transformation is negligible and does not justify an operation in asymptomatic patients[13].

ED treatment may be associated to high morbidity and mortality in up to 4% of cases[18]. Thus, these patients should be preferably treated in centers with a high volume and expertise in esophageal surgery. A conservative nonoperative approach is acceptable in asymptomatic or oligosymptomatic patients since the risk for severe aspiration and cancer is exceptionally low. When surgery is indicated, the laparoscopic approach should be favored as results are similar to the thoracoscopy approach, but it allows the performance of a partial fundoplication to prevent pathologic reflux. Treatment of the underlying motor disorder is imperative to relieve symptoms and prevent leaks when a diverticulectomy is performed[17], but the resection of the diverticulum may not to be necessary when they are small or very high up in the mediastinum. A treatment selection tree diagram is provided in Figure 3. Endoscopic therapy is waiting a careful evaluation but seems to be a promising alternative. 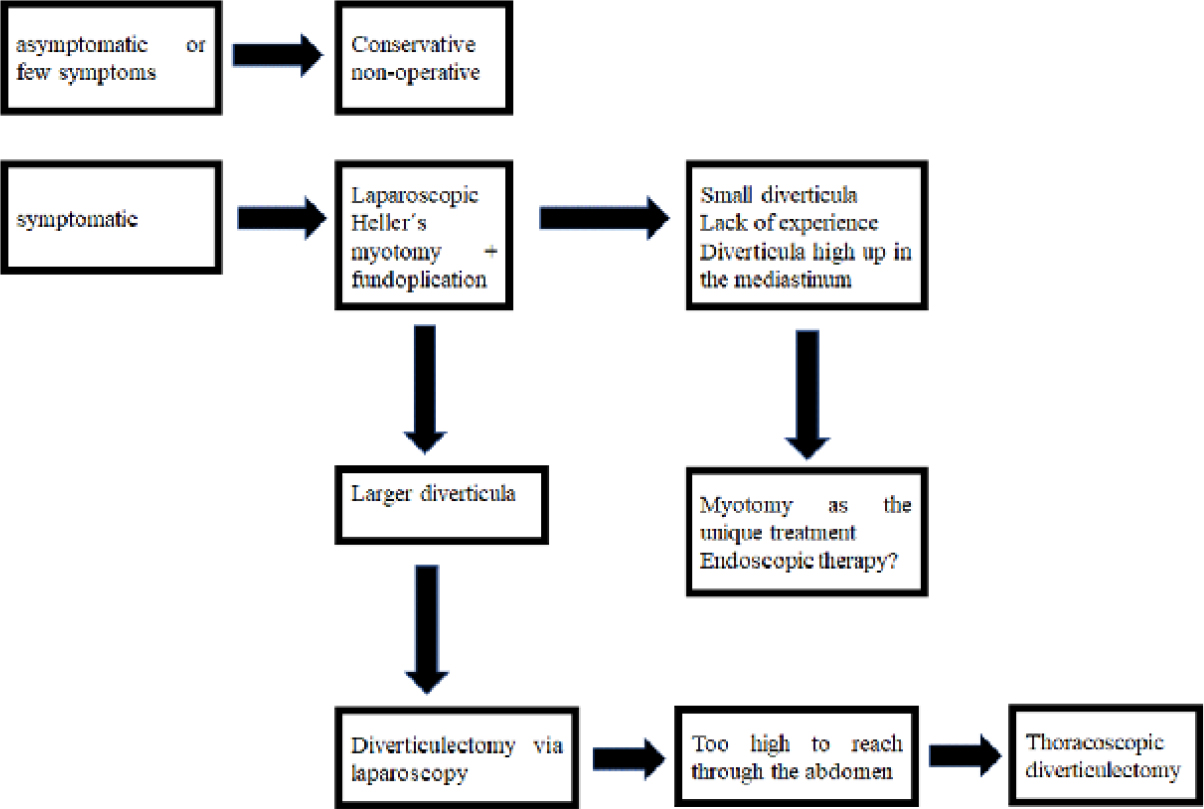 Conception and design, acquisition of data, analysis and interpretation of data, drafting the article: Herbella FAM

Conception and design, review for intellectual content, final approval of the version to be published: Patti MG 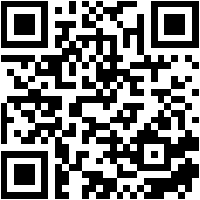