Surgical resection by lobectomy is the gold standard of therapy for early stage non-small cell lung cancer. However, not all patients are medically fit to undergo surgery. In patients considered high-risk for lobectomy, alternative strategies have been developed including radiofrequency ablation, cryoablation, microwave ablation, stereotactic radiation therapy, wedge resection, and segmentectomy. This work reviews the definition of high-risk, and the outcomes that have been associated with each treatment technique. Some technical points regarding wedge resection versus segmentectomy are noted. Future directions are discussed in the context of treatment for patients considered at high-risk for lobectomy.

This work is intended to review the current literature surrounding the definition of a patient with lung-cancer who is considered high-risk for lobectomy, discuss different treatment modalities and their outcomes for these patients, and note some potential future directions and their benefits to high-risk patients. PubMed and EMBASE were reviewed and works were included based on relevance. Previous work in this field has involved clinical trials to determine patients who are considered high-risk, their results with sublobar resection, radiofrequency ablation (RFA), cryoablation, microwave ablation (MWA), stereotactic body radiation therapy (SBRT), and comparisons of these alterative techniques against sublobar resection. Technical aspects of wedge resection and segmentectomy are discussed for high-risk patients, and future directions of lung cancer treatment that could specifically benefit high-risk patients are noted.

One of the most used definitions for high-risk patients come from the American College of Surgeons Oncology Group (ACOSOG) Z4032 trial of stage I non-small cell lung cancer (NSCLC), with tumors ≤ 3 cm, that focused on clinical details to define high risk[1]. Patients were considered high-risk for sublobar resection, or sublobar resection with brachytherapy, if their pulmonary function tests (PFTs) showed a Forced Expiratory Volume in 1 second (FEV1) ≤ 50% of predicted, or if their Diffusing Capacity for Carbon Monoxide (DLCO) was ≤ 50% of predicted, or if they met two of the following criteria: age ≥ 75 years, FEV1 51%-60% predicted, DLCO 51%-60%, diagnosed with pulmonary hypertension (pulmonary artery systolic greater > 40 mmHg) as estimated by echocardiography or right heart catheterization, left ventricular ejection fraction ≤ 40%, resting or exercise arterial pO2 ≤ 55 mmHg or SpO2 ≤ 88%, pCO2 > 45 mmHg, or Modified Medical Research Council Dyspnea Scale score ≥ 3.

Lastly, Puri et al.’s[2] sub-analysis of their high-risk patients who underwent sublobar resection found no differences in perioperative outcomes be tween high-risk patients (n = 72) and normal-risk patients (n = 112). Atrial fibrillation was slightly more common in the high-risk group than normal-risk, 11% (8/72) vs. 6% (7/112), P = 0.28, but this was potentially due to low event rates in both groups. They did not report the sublobar resection group survival Kaplan-Meier curves, but noted on logistic regression analysis that ACOSOG Z4032 high-risk status was not associated with the risk of perioperative complications (data not provided in their manuscript)[1,2].

Since Ginsberg et al.’s[7] 1995 report on the Lung Cancer Study Group’s randomized control trial of lobectomy vs. limited resection for T1 NSCLC, lobectomy has remained the gold standard for resection of early stage lung cancer. However, the current NCCN guidelines state that anatomic pulmonary resection is the preferred method for the majority of patients with NSCLC[3,7]. The NCCN guidelines further elaborate on sublobar resection as being appropriate in the setting of “poor pulmonary reserve or other major comorbidity that contraindicates lobectomy”, while noting that SBRT is recommended for medically inoperable patients or patients who refuse surgery[3]. As there is no clear definition for “high-risk” patients, the choice of therapy for high-risk patients remains the purview of the clinicians treating the patient. Ablation techniques, SBRT, and lobectomy continue to be options for high-risk patients, in addition to sublobar resection.

Multiple ablation techniques have been reported for lung cancer including RFA, microwave ablation, and cryoablation[8-10]. In 2005, Fernando et al.[8] reported RFA as an alternative for patients with peripheral lung cancer who are not surgical candidates. In their initial 18 patient series with 21 total tumors, they treated patients of all stages with a median tumor size of 1.8 cm (range 1.2-4.5 cm). In this broad patient set, they noted a mean progression-free survival of 16.8 months. In 2007, Simon et al.[11] published their 153 patient series from 1998-2005 that reviewed the outcomes of patients treated with RFA who were refused surgery or were not deemed suitable as surgical candidates. The 5-year survival rate for stage I NSCLC was 27%, with local progression-free rate for tumors ≤ 3 cm equal to 47%, and for > 3 cm equal to 25%. A recent review of the National Cancer Database compared SBRT to RFA for stage I NSCLC (4,454 SBRT vs. 335 RFA patients)[12]. RFA patients were noted to have more comorbidities than SBRT patients. They performed a propensity score matching and found no difference in the overall survival rate (OS) at 1-, 3-, and 5- years (31.9% SBRT vs. 27.1% RFA, P = 0.835).

Cryoablation is the other common ablative technique and works by creating a freezing zone that first freezes the extracellular fluid and then the intracellular fluid, causing cellular and tissue destruction during multiple cycles with temperature ranges typically in the -20C to -40C range[15,16]. For Stage I NSCLC, Yamauchi et al.[17] reported a 3-year overall survival of 88% and a disease-free 3-year survival of 67%, while Moore et al.[18] reported a 5-year overall survival of 67.8% ± 15.3, cancer-specific survival of 56.6% ± 16.5, and 5-year progression-free survival rate of 87.9% ± 9. Yamauchi reported pneumothorax in 28% cases (7/25) vs. Moore’s report of 51.0% (24/45); and each reported 1 case requiring chest tube insertion. Zemlyak et al.[19] performed a small retrospective, non-propensity matched comparison between sublobar resection (n = 25), radiofrequency ablation (n = 12) and percutaneous cryoablation (n = 27) and found that the 3-year overall survival was 87.1%, 87.5%, and 77%, respectively, P > 0.05. Additionally, the 3-year cancer-specific and cancer-free survival for sublobar resection, radiofrequency ablation, and percutaneous cryoablation groups was 90.6% and 60.8%, 87.5% and 50%, and 90.2% and 45.6%, respectively with P > 0.05 for intergroup comparisons of 3-year cancer specific survival and 3-year cancer free survival. They noted that the lack of significance was likely due to a small sample size.

In terms of surgical treatment, Jensik et al.[26] were the first to propose segmentectomy as an appropriate alternative to lobectomy for small-sized lung cancers. Since then, the debate has continued with findings for and against this in randomized trials, large database studies, and meta-analysis reviews, with lobectomy continuing as the standard of care with allowances for sublobar resection of high-risk cases[3,7,27,28]. Relatively few studies have focused on direct comparisons of surgical options in high-risk patients. Ijsseldijk et al.[28] recently published a comprehensive systematic review and meta-analysis of 100 studies comparing SBRT, sublobar resection, and lobectomy. In this work, they found that lobar resection had a 5-year OS of 74% [0.69, 0.78], sublobar resection had a 70% OS [0.64, 0.77], and SBRT had a 46% OS [0.35, 0.57], with both surgical survivals statistically better compared to SBRT, both P < 0.01. Disease-free survival at 5 years in patients who had lobar resection was 76% [0.71, 0.82], sublobar resection was 71% [0.67, 0.76], and SBRT was 46% [0.35, 0.57], with both surgical survivals statistically better compared to SBRT, P < 0.01. However, this work was not specified to include only high-risk patients. Hou et al.[29] performed a specified meta-analysis directly comparing segmentectomy to sublobar resection for high-risk patients in 9 studies. They noted heterogeneous definitions for what qualified as high-risk, but most studies had followed Fernando et al.’s[1] criteria from their 2011 work mentioned earlier in this review. For OS, Hou et al.[29] included 7 studies, and on meta-analysis found that the hazard ratio for segmentectomy compared to wedge resection for stage I NSCLC was 0.80 in favor of improved OS with segmentectomy compared to wedge resection [95%CI: 0.68-0.93; P = 0.004]. On subgroup analysis, there was comparable OS for stage I tumors ≤ 2 cm; however, the hazard ratio favored improved OS with segmentectomy compared to wedge resection, 0.39 [95%CI: 0.15-1.02; P = 0.06][29]. Cancer-specific survival also favored segmentectomy over wedge resection, hazard ratio 0.42 [95%CI: 0.20-0.88; P = 0.02]. They were unable to fully assess disease-free survival as only 3 studies reported data that was usable for comparison.

Patient selection remains of paramount importance for surgical procedure choice. Wedge resection and segmentectomy are most appropriate for smaller, peripherally located lesions away from the hilum of the lung. Segmentectomy should be favored when possible given its respect for anatomic planes, but comes with a caveat. The target lesion mustlie within the boundaries of one segment or group of segments. One of the authors has written extensively regarding this process and reported that patients with lesions under 2 cm that are resected with segmentectomy have no difference in outcomes compared to the patients treated with lobectomy[33-35]. Segmentectomies are more technically challenging as the surgeon must create a fissure between segments and then dissect out and ligate the segmental vessels and bronchus. Wedge resection is performed without respect to anatomic planes or specific vessels, but can be useful when the target lesion is very small (1 cm or less), subpleural, or crosses segmental borders. Care should be taken to ensure that the margins from the edge of the tumor to the final staple line are appropriately wide to minimize recurrence and that adequate lymph nodes are removed to ensure accurate staging[36-38].

Radiomics is a rapidly growing field in which radiographic images are used to determine features such as lesion shape, volume, texture, attenuation, and other factors that are not readily apparent or are too difficult for an individual radiologist to assess visually or qualitatively[39]. Radiomics is being studied to predict histologic subtypes, specific mutations, and benefit of adjuvant chemotherapy after resection[40-42]. Radiomics has already been used to predict OS in NSCLC; specifically, the recurrence of NSCLC after SBRT[43-45]. Radiomics may even be able to predict survival based on resection type and offer high-risk patients more tailored care.

Another advancement lies in improved lesion targeting for NSCLC that is not located at the outermost periphery. Image-guided video-assisted thoracoscopic surgery (iVATS) is an emerging technology that is being developed to allow localization of non-palpable lesions[44]. Early reports indicate excellent rates of localization using modifications of previously developed techniques with wires, microcoils, and indocyanine green with near-infrared imaging[46-48]. These lesions are then removed with sublobar resections. Of note, the use of this technology requires a hybrid operating room equipped with a CT scanner, which is not available at all facilities. By being able to remove deeper lesions while still performing wedge resection or segmentectomy, iVATS offers high-risk patients another surgical option for lesions that previously may have required lobectomy.

In summary, high-risk patients remain a poorly defined group, with patients typically defined as those with some degree of poor pulmonary function and often other significant functional or medical limitations. In these patients, surgical resection is the gold standard relative to SBRT and ablative techniques. Segmentectomy should be performed rather than wedge resection when feasible, and when lobectomy is not an option. Future developments in radiomics and iVATS technique may help further refine the optimal treatment approaches for high-risk patients.

Made substantial contributions to the conception and design of the study, performed data analysis and interpretation, data acquisition, as well as provided administrative, technical and material support: Dolan D, Swanson S

Dr. Swanson reports receipt of honoraria from Covidien and Ethicon for speaking and consulting services. 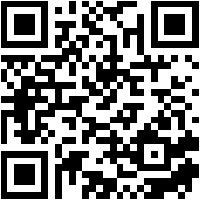