Robotic surgery: is it really different from laparoscopy? a critical view from a robotic pioneer

This article belongs to the Special Issue Searching for a Better Definition of Robotic Surgery: Is It Really Different from Laparoscopy?
Views:2829 | Downloads:358 | Cited:

I got involved in robotic surgery more than 25 years ago, with the development of our own robotic arm, as an assistant holder for the laparoscope, the first Canadian laparoscopic robotic arm, a vertical like AESOP laparoscope holder[1]. It was built by using an industrial robotic arm from CRS Robotics corporation (Burlington Ontario) used in automated labs, transformed with the help of engineers from the Polytechnique of Montreal of the University of Montreal, and eventually added the first voice activation from Northern Telecom, before Computer Motion’s HERMES system[2]. However, it was never commercialised, and I started to work at the Cleveland clinic in mid-1995, working in partnership with Computer Motion for the clinical developments of the ZEUS robotic system. One of the first concepts of using robotic systems for surgery was the parallel credence of the employment of “master-slave” manipulators used in the nuclear industry for the handling of deadly radiation materials. Hence, I visited at the invitation and organisation of the late Prof. Gerard Buess the “master-slave” manipulator installed at the Karlsruhe Nuclear Research Center, in Karlsruhe Germany[3]. This consisted of a seat with hand holding large crude manipulators, watching through a window, two arms picking up radiation containers, and then a crude template for a “robotic system” for surgery.

At the headquarters of Computer Motion in Goleta California, I was the very first to demonstrate a complete robotic-assisted mammary-coronary anastomosis in the porcine model, demonstrating the true potential of robotic surgery. My experience in 1995-1997 led us to believe that robotic systems were especially made for small anastomosis, by having the first ZEUS system ever built, at the Cleveland clinic in 1996, after convincing the legendary CEO Dr. Floyd Loop, a cardiac surgeon himself, who got interested in the technology for future cardiac applications. I had worked previously with Dr. Gilles Soulez back at the Hotel-Dieu de Montreal, an interventional radiologist, on a percutaneous guided mammary-coronary anastomosis, under thoracoscopic guidance, and had experimented with thoracoscopic coronary anastomosis in the swine before 1995[4]. This led to animal and clinical trials at the Cleveland clinic with small calibre anastomosis like the coronary anastomosis and fallopian tube reconstruction[5-7]. I then moved to Mount Sinai School of Medicine in New York in 1998, leading the laparoscopic and bariatric surgery section, and convinced Larry Hollier, the new chairman of the surgery, to get a lease on ZEUS. After also convincing Jacques Marescaux from IRCAD to acquire the same model ZEUS, as he did not want initially, so we could perform using the same system, a surgery between New York and Strasbourg, rather than the incompatible DaVinci at the time, to perform the first transatlantic robotic assisted surgery[8]. ZEUS had been used first for human coronary and cardiac applications, and gynecological applications, but DaVinci got there first in human general surgical applications[9-11]. Both had their strengths and weaknesses, and for the next 5 years, conferences were presenting clinical work from those 2 systems. Thus, after the collapse of Computer Motion due to losing a major key patent lawsuit with Intuitive Surgical, and their merger in 2003, my development efforts with robotic surgery were halted. The lack of competition for the next 15 years, led Intuitive to occupy the field alone, and frankly with slow improvements on the existing system of the 1990’S. For me, it didn’t make sense to perform large suture surgeries (2-0 and 3-0) with those systems, as we demonstrated already in 1996, the equivalence of laparoscopic surgery, at much lower costs[12]. We even did a comparison with the 2 existing robotic systems ZEUS vs. DaVinci, and laparoscopic surgery, showing no real differences and advantages[13]. One difficulty in comparing laparoscopic surgery and robotic surgery is the added 3D vision with robotic surgery, and one had to wonder if we are really comparing surgical systems or visual systems, as comparison between 2D and 3D systems in laparoscopic surgery has shown an advantage for non-experience or poorer proficient surgeons[14,15]. It seems to me that this is what is captured in the comparison of robotic vs. laparoscopic surgery using the existing system, mostly a 3D effect.

Both the Zeus system and the DaVinci system are not a true robotic system, but rather a “master-slave” manipulator as used in the nuclear research facilities. Hence, whatever you do with the manipulator, it is reproduced with fidelity and filtered at the end of the “slave” instrument, or “garbage in, garbage out”. Hence, if the surgical gesture is excellent, the surgery will be excellent; if it is bad, the surgery will not be corrected into a good one, due to the lack of artificial intelligence. Also, as Dr. Harvey Cushing, one of Harvard’s great neurosurgeons, once remarked, “There is no such thing as minor surgery, but there are a lot of minor surgeons.”, and robotic assisted surgery still requires skilled hands[16]. Therefore, from that perspective, what people call “robotic surgery”, is actually laparoscopic surgery with surgical human hands, period. I continued in the early 2000’s at Mount Sinai School of medicine to dabble with the DaVinci robot looking for general surgical applications, especially in bariatric surgery, because it was there in the corner accumulating dust[17,18]. I did not find it useful, and it was slower for me, taking more time to set up the operating room, and not providing any clinical benefit to patients.

After several clinical series have been published on the matter of robotic-assisted surgery for general surgery, HPB surgery, thoracic surgery, urology, gynaecology and now other surgical fields, RCT (Randomized Controlled Trial) data followed this period comparing robotic surgery to laparoscopy, but also later between robotic surgery and open surgery. Most trials have shown no difference clinically, between laparoscopic surgery and robotic surgery[19-28]. Why then robotic-assisted surgery vs. open surgery? Because if you cannot demonstrate a clinical benefit with laparoscopic surgery, then those who sell the system, will use arguments that it does have benefits over open surgery. However, we already demonstrated this in the 1990s, where laparoscopic was demonstrated to be superior in decreasing length of stay, pain, morbidity and mortality, as well as costs. So why repeat it? Perhaps because it is the only argument left, trying to confirm to the users and patients that robotic surgery is giving benefits on its own. The robotic industry has never been able to demonstrate a cost advantage to laparoscopic surgery, and it will get worse. Why? Because the cost of doing laparoscopy is constantly decreasing, year after year, with cheaper trocars and better staplers, and more solid reusables of increasing quality. While regarding robotic-assisted surgery at the moment, costs are increasing year after year, with cost of research and development having to be amortized in the costs of robotic systems, costs like disposables, added energy sources, stapling and approximation technologies and perhaps in the near future, artificial intelligence and image processing. Also, diameters are getting smaller, and more endoscopic tools are getting into play so that the combination of laparoscopic and flexible endoscopy may give a hard time to robotic systems in the next 2 decades at a lower cost again. If patients can be discharged the same day, it will be difficult to beat, as costs will be even lower. It may also be a generation thing[29]. The younger surgical generation has not known the struggles and fights to move laparoscopy from open surgery. They have been raised with computer games, laptops, and smartphones. They see robotic-assisted surgery as a similar platform and learn it faster than training harder with discipline on laparoscopic instruments, even if it costs more at the end, I think. There is the promise that true robotic surgery will emerge one day, so they might get involved now after all.

Then do you know what robotic-assisted surgery really is or should be[30]? It is autonomous surgery with artificial intelligence. The presently called “robotic surgery” is not, which is a misnomer, a confused terminology, as it is firstly laparoscopic-assisted, and the robot is not a robot. The early pioneers of so-called robotic surgery, are today not doing any sort of routine or daily robotic surgery, who long ago saw no real benefit of the technology. Ask Jacques Himpens and Guy-Bernard Cadiere from Belgium, the first users of the DaVinci, and myself the first user of Zeus. We are not doing any sort of regular robotic surgeries. We did not get fooled by these laparoscopic manipulators; we have been waiting for the real thing for 25 years now. I did work on the clinical development of Surgibot (different from Senhance, Surgibot is a flexible single port platform) from Trensenterix, a North Carolina based company, and provided animal expertise and data for the FDA approval, but the robot did not demonstrate superiority to existing laparoscopy, and the approval was denied in 2016. Transenterix sold the intellectual property to GBIL (Great Belief International Limited) in December 2017 for 29 millions, with the hope to develop it in China. GBIL also acquired Auto-Lap in 2019, reminiscent of AESOP reinvented, a laparoscope holder, as we are now closing the circle 25 years later. How interesting! Now that the general robotic surgical patents have expired, and there are a multitude of copycats like, competition is finally happening again, we may see emerging real robotic surgery, and until then, it is not different from laparoscopic surgery.

The author declared that there are no conflicts of interest. 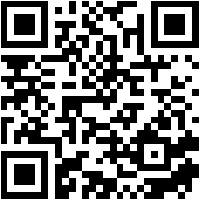