Endoscopic ultrasound (EUS) is widely used to diagnose biliopancreatic diseases. The development of EUS-guided fine needle aspiration (EUS-FNA) in the early 1990s has expanded EUS-guided interventions. After the development of the linear echoendoscope and the increasing sizes of the EUS devices’ working channels, EUS has recently evolved to become a therapeutic method for patients with biliopancreatic disease[1].

Although surgical resection has been the only curative treatment for various pancreatic tumors, pancreatic surgery is related with high morbidity and mortality[2,3]. The recent advance of the EUS device has led to an increase in EUS-guided local treatment for pancreatic tumors. Radiofrequency ablation (RFA) is a local treatment that uses heat energy generated by the agitation of ions in cells to induce cell death and coagulation necrosis[4]. RFA has been widely used to treat solid tumors in organs such as the liver, lungs, and kidneys. Recently, EUS-RFA has been described as an effective and safe new therapeutic modality for treating pancreatic neoplasms. We review EUS-RFA for pancreatic neoplasms and its outcomes.

Prophylactic antibiotics are administered intravenously before EUS-RFA. An RFA probe is inserted into the target lesion under EUS-guidance to avoid major vessels or the pancreatic or bile ducts [Figure 2A]. Ablation is usually started at the far end inside the lesion [Figure 2B]. After the needle tip is identified within the margin of the tumor on EUS, the RF generator is activated to deliver energy [Figure 2C]. After a lag period, echogenic bubbles gradually start appearing around the needle, indicating effective ablation at the site [Figure 2D]. The size of the ablation zone depends on the wattage, RFA needle tip length, and time duration. For the ablation of large lesions, the electrode may be repositioned under EUS visualization to ablate another zone along the same trajectory closer to the echoendoscope while staying away from the gut wall. A fanning technique allows additional needle passes to further ablate different areas within the same lesion. 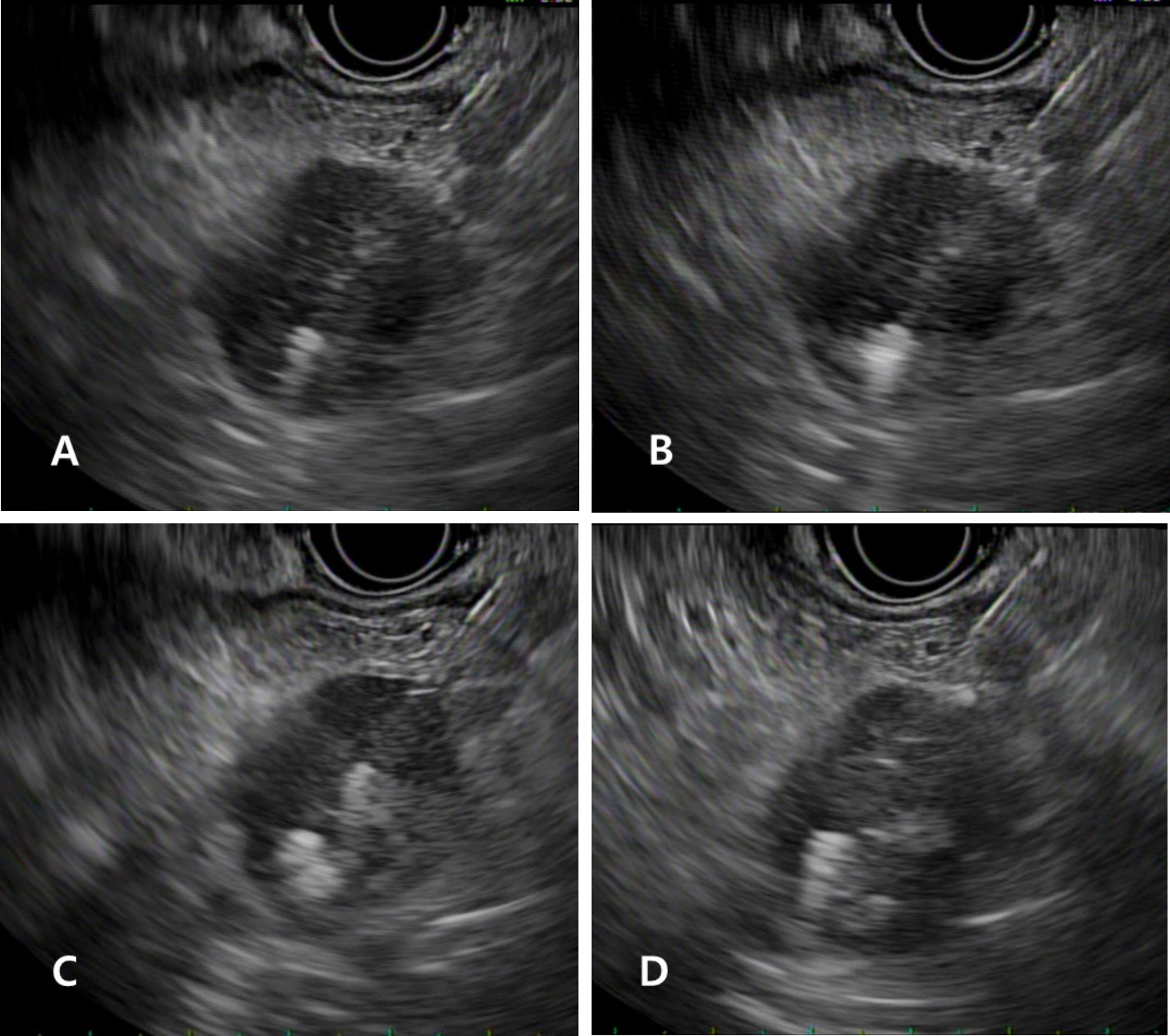 Figure 2. Image of EUS-RFA: a 19-gauge needle probe is inserted into the pancreatic tumor under EUS-guidance (A); ablation is usually started in the right distal part of the tumor on the EUS image at the far end inside the lesion (B); echogenic bubbles are identified around the needle after ablation (C); and after needle withdrawal and reinsertion into the mass, RFA is repeated on the left side of the previous ablation site (D). EUS-RFA: Endoscopic ultrasound-guided radiofrequency ablation.

RFA-related adverse events are closely related with thermal injury to the pancreatic parenchyma and surrounding structures, including blood vessels, bile ducts, the stomach, and the duodenum. Technical precautions are required for preventing thermal injury to adjacent organs, including maintenance of a minimum safety margin from the surrounding vessels and a step-up approach for ablation of larger tumors (> 2 cm in diameter)[5].

After the initial session of EUS-RFA, early treatment response can be evaluated by contrast-enhanced-EUS (CE-EUS)[11]. CE-EUS is helpful for differentiating viable tumors after ablation and targeting remnant viable tumors. When a viable tumor is identified on the CE-EUS, a second RFA session can ablate remnant tumors [Figure 3].

Since Goldberg et al.[12] first reported EUS-RFA for the pancreas in a porcine model in 1999, several studies have demonstrated its effectiveness for various pancreatic tumors. Table 1 summarizes the clinical outcomes of previous research.

Summary of published data on EUS-RFA

In a study by Lakhtakia et al.[7], EUS-RFA was performed in three patients with symptomatic pancreatic insulinoma using an internally cooled prototype needle electrode (EUSRA, STARmed). After ablation of pancreatic insulinoma, symptomatic relief with biochemical improvement was achieved in all patients, and patients were followed-up without symptoms for 12 months. In a prospective study by Choi et al.[5], 10 patients with benign solid pancreatic tumors [nonfunctional neuroendocrine tumor (NET), n = 7; solid pseudopapillary neoplasm, n = 2; and insulinoma, n = 1] underwent EUS-RFA. After 16 EUS-RFA sessions, a radiologic complete response was identified in seven patients during a median follow-up of 13 months [Figure 4].

In a study by Barthet et al.[13], 12 patients with 14 NET underwent EUS-RFA. At the 1-year follow-up, 12 NETs showed complete response or lesion necrosis (86%). Oleinikov et al.[14] performed ablation on 18 patients (NET, n = 11; and insulinoma, n = 7) with 27 lesions. All patients with insulinoma demonstrated complete relief of hypoglycemia-associated symptoms and normalization of glucose levels was observed 1 h after RFA. Radiologic complete response was achieved in 96.3% of patients (17 of 18) during a median of 8.7 months without clinically significant recurrence. In 2020, de Nucci et al.[15] reported a prospective study on EUS-RFA in 10 patients with 11 NETs. At the 12-month follow-up, all lesions demonstrated complete disappearance with radiological normalization. A systemic review of published research on EUS-RFA for NETs, including 12 studies and 61 patients with 73 tumors, showed an overall effectiveness rate of 96% (75%-100%) in a mean follow-up period of 11 months (1-34 months) and an adverse event rate of 13.7%, with no serious adverse events[16]. In this review, a larger tumor was related with treatment failure (mean size in the non-response group was 21.8 ± 4.71 mm vs. a mean size of 15.07 ± 7.34 mm in the response group, P = 0.048). According to the ROC curve, a NET of size ≤ 18 mm at EUS was associated with a positive response to EUS-RFA, with a sensitivity of 80% (95%CI: 28.4%-99.5%), a specificity of 78.6% (95%CI: 63.2%-89.7%), and an AUC of 0.81 (95%CI: 0.67-0.95). EUS-RFA is an effective and safe treatment for benign pancreatic tumors. However, the long-term outcomes are not well described. As solid pancreatic tumors are slow to grow and have the potential of malignant transformation, long-term follow-up data are mandatory to evaluate the outcomes of EUS-RFA.

To date, there have been few studies published on EUS-RFA for treating patients with pancreatic cystic lesions (PCLs). In a prospective study by Pai et al.[19], 6 patients with benign pancreatic neoplasms (PCLs, and NET, n = 2) underwent EUS-RFA using a monopolar radiofrequency catheter (Habib™, EMcision Ltd.). Among these patients, 2 showed complete cyst resolution and 3 had a 48.4% volume reduction without major adverse events. Barthet et al.[13] described their experience over a 12-month period in which 17 patients with PCLs [branch duct intraductal papillary mucinous neoplasm (BD-IPMN), n = 16; and mucinous cystic neoplasm, n = 1] underwent EUS-RFA. At the 12-month follow-up, 11 PCLs (65%) had been resolved and one had decreased in diameter by > 50%. In this study, one patient with BD-IPMN experienced jejunal perforation. Aspirating cystic fluid before RFA can avoid having to apply a radiofrequency current into the liquid to ablate the cystic tumors. Oh et al.[20] conducted a retrospective study in 13 patients with microcystic serous cystic neoplasms (SCNs) of honeycomb appearance in whom EUS-RFA was the primary treatment. In this study, radiologic partial response was identified in 8 patients (61.5%), and 1 patient (7.7%) experienced mild abdominal pain. Although the data regarding EUS-RFA for cystic tumors are currently limited, it is a technically feasible, potentially effective, and safe means of managing PCLs.

Outcomes of EUS-RFA in pancreatic cancer

EUS-RFA has been used for treating patients with pancreatic cancer. Song et al.[8] conducted a median of 1.3 sessions of EUS-RFA on 6 patients with unresectable pancreatic cancer. EUS-RFA was successful in all patients, and 2 patients experienced mild abdominal pain without serious adverse events. In a recent study by Scopelliti et al.[9], EUS-RFA combined with systemic chemotherapy was performed in 10 patients with unresectable pancreatic cancer. After tumor ablation, an abdominal computed tomography 30 days post-procedure revealed a delineated hypodense ablated area within the tumor in all patients. Although the role of EUS-RFA on pancreatic cancer is still being investigated, RFA may induce a secondary anticancer immune response by activating tumor-specific T lymphocytes and heat shock protein 70 expression[21,22]. Thermal ablation could increase blood flow in the ablated tissues[8]. EUS-RFA could affect post-procedural tumor changes associated with a systemic antitumor immune response, enhancing the systemic chemotherapy effect.

The recent development of EUS devices has expanded the role of local treatment of EUS in pancreatic tumors. EUS-RFA may be a definite treatment for benign pancreatic tumors. EUS-RFA for pancreatic cancer could reduce tumor size, enhance the chemotherapeutic effect, and improve survival in cases of advanced pancreatic cancer. Given the promising results of previous reports, EUS-RFA can potentially change the clinical management of pancreatic neoplasms. Large-scale, prospective, randomized controlled trials are required to verify the role of EUS-guided ablation in pancreatic neoplasms.

Analysis and interpretation of the data: Cho SH, Oh D 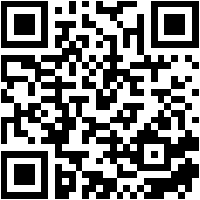