Has robotic prostatectomy determined the fall of the laparoscopic approach?

This article belongs to the Special Issue Robotic-Assisted Radical Prostatectomy: State of the Art and Challenges
Views:750 | Downloads:138 | Cited:

Robotic-assisted laparoscopic prostatectomy (RALP) has revolutionised the surgical management of localised prostate cancer in the modern era. The surgeon is provided with greater precision, more versatile dexterity and an immersive three-dimensional visual field. The impressive hardware facilitates, for example, the dissection of the peri-prostatic fascia, whilst preserving the neurovascular bundle, or the suturing of the vesico-urethral anastomosis. Prior to RALP, laparoscopic radical prostatectomy (LRP) represented the first venture into the minimally invasive world. Associated with more cumbersome ergonomics, LRP has a significant learning curve compared with the robotic approach. There has been a paucity, until recently, of high-quality literature comparing outcomes between the two operations, including the attainment of the Pentafecta of survivorship: biochemical recurrence-free, continence, potency, no postoperative complications and negative surgical margins.

Today, the majority of men with intermediate or high-risk localised prostate cancer, who are candidates for surgical intervention, will undergo a robotic-assisted laparoscopic prostatectomy (RALP). The robot has firmly cemented itself as the modality of choice for both patients and urologists.

Since the turn of the millennium, the emergence of robotic technology has led to a new dawn in urological practice. The first RALP was undertaken in 2000, by Binder et al.[2], at the Department of Urology of Frankfurt University.

Perhaps a misnomer, a better description of the robotic approach would be “enhanced laparoscopic surgery”. Comprising a surgeon console, patient cart and vision cart, the surgeon is provided with improved ergonomics, more versatile dexterity, beyond that of the human wrist, and enhanced three-dimensional high-definition optics. The impressive hardware has been further complemented, in recent iterations, with innovative software such as tremor filtration and intraoperative fluorescence imaging. The da Vinci system, manufactured by Californian based company Intuitive, is synonymous with robotic surgery and has remained the market leader since launching in 1999. Prostatectomy lends itself to the robot. The improved visualisation, for the dissection of the peri-prostatic fascia, down the deep male pelvis, and the resultant precision it allows, facilitating the preservation of the neurovascular tissue for nerve-sparing approaches, and the suturing of the vesico-urethral anastomosis. The anatomy of the prostate is so clearly visualised and appreciated. Ashutosh Tewari offers a helpful analogy whilst arguing the case for the robotic approach, with its improved visuals, in the Wall Street Journal (2018): “When Swiss watchmakers start working in the dark, relying on tactile feedback and not magnifying glasses, then we’ll believe that surgery should be done by touch and not by direct visualisation of the anatomical structures”.

The training of the future generation of minimally invasive surgeons is complimented with robotics. The learning curve is significantly less daunting and steep, with reported minimum numbers of 40 compared to 200-750 cases for RALP and LRP respectively. Even for the laparoscopic naïve surgeon, following the completion of 100 RALPs, the evidence would allude to a significant reduction in operating time, estimated blood loss and complications[3]. Another aspect of the debate to consider, and perhaps not greatly acknowledged, is the impact operating might have on our physical health. A significant number of surgeons report musculoskeletal discomfort, impairing longevity and potentially catalysing early retirement. The awkwardness associated with the laparoscopic approach contrasts with the adjustable robotic surgical console. Surgeons when surveyed are in agreement; robotic surgery is a more comfortable experience that enables mitigation of these occupational ailments[4].

Fundamentally it is the patient who should derive most benefit from any difference between techniques. The Trifecta of prostate cancer survivorship consists of (1) biochemical recurrence-free (2) urinary continence and (3) sexual potency. A Pentafecta has more recently been proposed that includes (4) no postoperative complications and (5) negative surgical margins[5].

To date, there is a paucity of high-quality literature assessing these 5 pillars of outcome between RALP and LRP. The LAP01 (2021) Randomised Controlled Trial attempted to address this. Heralded as the first patient blinded, multi-centre and multi-surgeon study (RALP n = 586, LRP n = 196). Given the widespread acceptance of RALP in Germany, both patients and families tend to self-select the robot. Stolzenburg et al.[6] randomised at a ratio of 3:1, in favour of RALP, to combat this. Superior continence rates, defined as “no use of pads or use of a single safety pad”, at 3-month follow-up were demonstrated with RALP (54% vs. 46%, P = 0.027). This difference was amplified when adjustments were made for bilateral nerve-sparing approaches (66% vs. 50%, P = 0.005). Secondary outcomes included continence rates as assessed via the validated International Consultation on Incontinence-Short Form Questionnaire (ICIQ-SF). Again, a significant difference was demonstrated at 3-month review with RALP (ICIQ sum scores P = 0.003). Despite being primarily powered for assessment of continence recovery, recovery of potency (erections sufficient for intercourse) at early 3-month follow up did demonstrate a significant improvement with the robotic technique (18% vs. 6.7%, P = 0.007). No significant differences in early oncological outcomes were documented[6].

On reflection, RALP will remain the standard-of-care approach. Postoperative complications are reduced, functional outcomes are improved (both continence and potency), and negative surgical margin rates are at least comparable[10]. We await long term data post-prostatectomy, including biochemical recurrence-free rates between the techniques, and anticipate the late oncological outcomes from the LAP01 study. The robotic operative techniques will be honed, instruments enhanced, and further innovative software released, with an ever-increasing weaving of technology into the fabric of the operating theatre.

Albeit associated with significant up-front expenditure, when one considers the cumulative long-term health care costs, including the management of postoperative complications and functional outcomes, the argument is more nuanced, particularly in high-volume RALP centres. The higher index hospitalisation costs appear to be offset by the post-RALP health gains[11]. There exists however, a considerable inequality gap between those centres across the globe that can afford robotic technologies and those that cannot. One hopes that over the forthcoming years challenger companies will emerge, competitive pricing ensues, and the robotic platform with its associated operating theatre costs will continue to dissipate.

Ultimately, let us not become too reliant on the impressive robotic technology at our disposal to achieve optimal postoperative outcomes. The attainment of the Pentafecta post-radical prostatectomy is reliant on a myriad of factors that include the comorbid status of our patients, the disease characteristics and most vitally, the guile, skill and experience of the urologist. The robot has not quite determined the fall of the surgeon. 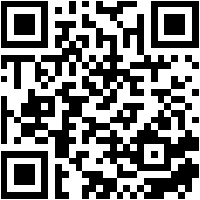