This article belongs to the Special Issue Robotic-Assisted Radical Prostatectomy: State of the Art and Challenges
Views:514 | Downloads:130 | Cited:

The advent of modern diagnostic techniques and improved patient monitoring in the setting of clinical trials has led to an increased diagnosis of oligometastatic prostate cancer (OMPC), defined as three-to-five metastatic deposits in a single organ or multiple organs. OMPC is increasingly diagnosed in men who were in the past considered to have organ-confined disease. OMPC occurs at the transition between localized prostate cancer and widespread metastases. Our review evaluates the available evidence regarding robot-assisted cytoreductive prostatectomy feasibility and oncological outcomes in oligometastatic settings. We also consider the limitations and future directions for this approach. We performed a non-systematic PubMed and Google Scholar search. We screened pertinent studies published from 2014 up to May 2021. Our search identified 524 records. After excluding duplication, 54 full-text articles were identified and were screened for eligibility. We found nine papers (863 patients) that met the inclusion criteria for the review. The outcomes evaluated were 1-, 3-, and 5-year progression-free survival, cancer-specific and overall survival rates. Our review article demonstrates the feasibility and safety of Robot-assisted radical prostatectomy in patients with OMPC with proven oncological benefits. Prospective studies are ongoing and may provide further solid evidence.

Oligometastatic prostate cancer (OMPC) is generally defined as cancer in patients with 3-5 metastatic deposits in a single organ or multiple organs on conventional imaging. With the advent of modern diagnostic techniques and improved patient monitoring in the setting of clinical trials, OMPC is increasingly diagnosed in men who were in the past considered to have organ-confined disease[1,2]. OMPC occurs at the transition between localized prostate cancer and widespread metastases. Recent data suggest that molecular differences exist between OMPC and polymetastatic prostate cancer (PMPC) {metastases at > 5 sites}. It is known, as well, that OMPC patient populations behave differently from PMPC in the clinical setting[3-5]. A compelling difference in overall survival in men with OMPC vs. PMPC has also been shown (< 5 metastases at the time of diagnosis)[6].

Men with localized prostate cancer are managed with active surveillance, focal therapy, or radical therapy, either radical prostatectomy or radiotherapy[7]. Robot-assisted radical prostatectomy (RARP) is the most common form of surgical treatment for localized prostate cancer. The current standard of care for men with metastatic prostate cancer (MPC) is chemohormonal therapy or androgen deprivation therapy with/without abiraterone acetate/prednisone[8]. Treatment of a primary tumor in the metastatic setting is pursued only as a palliative measure (e.g., patients with significant local symptoms secondary to primary tumor)[9]. It is biologically feasible, however, that an unchecked local tumor may encourage the progression of metastases, possibly acting as a source for tumor seeding, which has been shown in other types of metastatic cancer. This would mean that the longer the primary tumor remains in the body, the greater the chances of new metastatic deposits[10]. It is logical to say that treating primary tumor can delay the progression of metastases and improve survival in men with MPC.

Regardless of unsatisfactory evidence from survival statistics, local treatment is sometimes used in the management of OMPC. Our review evaluates the available evidence regarding robot-assisted cytoreductive prostatectomy (CRP) feasibility and oncological outcomes in oligometastatic settings. We also consider the limitations and future directions for this approach.

A non-systematic PubMed and Google Scholar search were performed for English language publications from January 2014 to May 2021. Key search terms included “prostate cancer” and “oligometastatic” or “cytoreductive prostatectomy” or “robot-assisted prostatectomy” AND “oligometastatic”. At first, we searched the abstracts of studies for relevant inclusion. Next, we retrieved full-text original articles from the selected abstracts. We utilized two reviewers (VW, FB) to independently assess abstracts and original articles for eligibility. We classified the relevant materials as inclusion, unsure, or exclusion. In the case of dispute between the two reviewers, consensus was reached to resolve the difference of opinion. Detailed screening of relevant full-text-articles’ references was performed to identify additional pertinent articles not found in the PubMed database and through Google Scholar. Following studies were excluded: non-relevant or partially relevant secondary publications and systematic reviews, unavailable full-text articles. Figure 1 demonstrates flow chart of search strategy and final number of articles included in the current review. 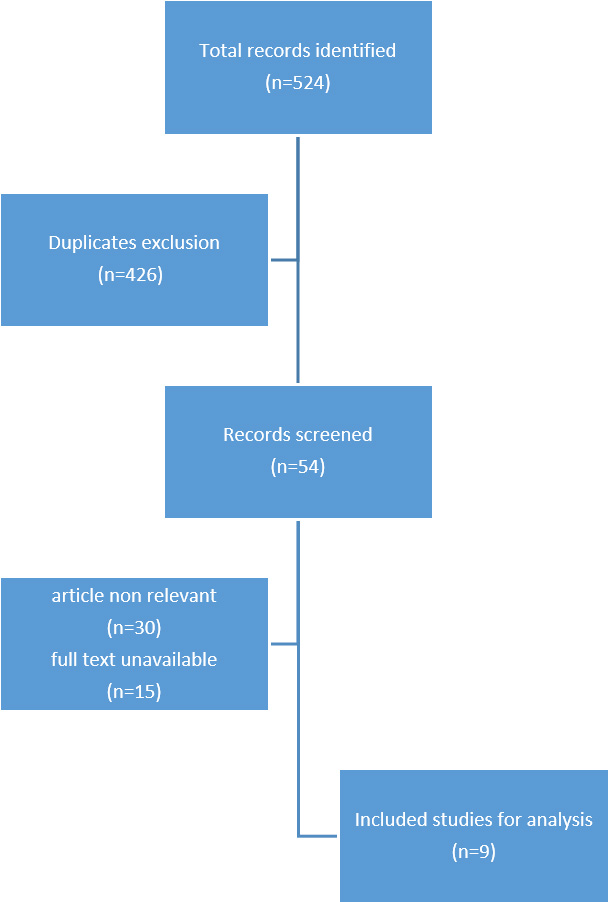 Studies were eligible for inclusion in our review if they included patients who opted for open or robot-assisted cytoreductive prostatectomy for histologically proven prostate cancer and evidence of oligometastatic disease on relevant imaging or biopsy. As a primary outcome, we evaluated whether the proposed open or robot-assisted CRP was associated with progression-free survival (PFS), cancer-specific survival (CSS) or overall survival (OS). Studies without CRP or oncological outcomes were excluded.

Table 1 shows the summary of included studies that were finalized after evidence acquisition and search strategy. It involves sample size, study design, the definition of OMPC, and the selected approach - CRP, PFS, CCS, and OS [Table 1].

Our search identified 524 records. After excluding duplication, 54 full-text articles were identified and were screened for eligibility. We found nine papers (863 patients) that met the inclusion criteria for the review. Four studies were retrospective; four were population-based. One study was prospective.

Robot-assisted radical prostatectomy (RARP) is the most common form of treatment in men with organ-confined prostate cancer[19]. RARP has shown promising results in locally advanced prostate cancer treatment[20]. Here we reviewed 9 papers (4 retrospective, 4 population-based and 1 prospective) for oncological and functional outcomes of cytoreductive radical prostatectomy (open or robot-assisted) in OMPC settings. We identified 3 key themes: (1) improved overall survival statistics (PFS, OS, CSS) are seen after CRP for men with OMPC compared to men without CRP; (2) CPR is shown to be feasible and safe (fewer surgery-related complication rates with acceptable functional outcomes) with cytoreductive prostatectomy in OMPC settings; and (3) an emerging role for robot-assisted cytoreductive prostatectomy in selected men with OMPC.

Men diagnosed with metastatic prostate cancer usually receive systemic therapy, such as androgen deprivation therapy and chemotherapy, while radical prostatectomy is typically reserved for localized prostate cancers. However, Tzelepi et al.[21] demonstrated the intra-prostatic survival of lethal prostate cancer cell clones with the biological potential to metastasize despite systemic therapy. A growing body of evidence suggests that control of a primary tumor may delay the progress of metastases, thereby improving overall survival and reducing prostate cancer-specific mortality. Recently systematic review and meta-analysis were conducted that compared CRP to systemic and radiation therapy in the treatment of OMPC. This systematic review showed that CRP had significantly higher 1-, 3-, and 5-year CSS and OS rates compared to systemic therapy[22]. This review of the current literature also demonstrated that men with OMPC experience improved PFS, OS, and CSS after CRP.

The debate surrounding RARP vs. ORP is unlikely to have a clear resolution soon, but an increasing number of surgeons are trained in, and routinely perform, RARP. The benefits of the technique have been described for nerve sparing and continence or sexual function preservation, and the robotic approach continues to gain acceptance for a larger number of indications. Numerous studies show that the robotic approach is increasingly becoming the first-choice strategy of urologists, even in metastatic cases[24]. In a 2010 study on CRP for OMPC patients, only 9 robotic CRP procedures were conducted vs. 104 open procedures[7]. Just a few years later, Sooriakumaran et al.[11] conducted a multicenter study where the choice of approach was left to the clinician’s discretion and in one center, all 5 procedures (100%) were performed with robot-assisted procedures. In 2017 as described in Jang et al.[12], 38 robotic surgeries were assessed; followed by Poelaert et al.[18] who described the outcomes of 17 patients, 16 of whom underwent robotically assisted CPR. In this study, the authors found return of 70.6% continence with no local symptoms in the surgery group vs. 44.8% in the non-RARP group (P = 0.014). Obstructive voiding with the need for medical intervention was present in 37.9% of patients who did not have robotic surgery and 6.8% had ureteric obstruction with 3.4% requiring JJ-stenting. Three months after CRP, 29.4% and 11.8% of patients suffered grade 1 and 2 complications, respectively. Robotic surgery was shown to be as safe in OMPC as in non-metastatic disease with acceptable surgical morbidity and oncological outcomes. In Poelaert et al.[18], there were no high-grade (> grade 2) complications. While 41.2% of patients suffered low-grade complications, outcomes appeared to be improved over the Heidenreich et al.[7] open CRP series with a lower 39.1% complication rate, but with 13% of patients experiencing grade 3 complications. A recent randomized controlled trial of surgery plus best systemic therapy vs. best systematic therapy alone for men with OMPC has completed accrual in the UK (the TROMBONE trial) and is currently awaiting publication[25].

Reviewing the relevant literature, we find that RP and RARP in particular, appear to be feasible and safe for patients diagnosed with oligometastatic prostate cancer, providing oncological benefit for this growing population of patients with low volume metastasis. Future studies should address the selection of patients for potential multimodal therapeutic strategies.

Made substantial contributions to conception and design of the study and manuscript writing: Wagaskar VG, Barthe F

Contributed to manuscript writing as well as provided administrative, technical, and material support: Tewari A

Dr. Tewari A has served as a site-PI on pharma/industry-sponsored clinical trials from Kite Pharma, Lumicell Inc, Dendreon, and Oncovir Inc. He has received research funding (grants) to his institution from DOD, NIH, Axogen, Intuitive Surgical, AMBFF, and other philanthropy. Dr. Tewari A has served as an unpaid consultant to Roivant Biosciences and advisor to Promaxo. He owns equity in Promaxo. Other authors declared that there are no conflicts of interest. 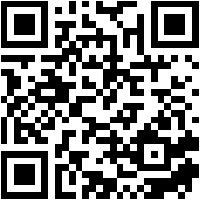