SB Knife Jr: characteristics and tips on how to use

This article belongs to the Special Issue Application and Innovation of Endoscopic Submucosal Dissection (ESD) in the Treatment of Digestive Tract Tumors
Views:491 | Downloads:169 | Cited:

Widespread adoption of colorectal endoscopic submucosal dissection (ESD) in clinical practice is lagging despite the peer evidence that it permits en bloc resection of large lesions that can be curative and facilitate pathological staging, thereby improving management. Limited adoption of colorectal ESD is likely due to technical challenges and a steep learning curve. Most conventional ESD devices are used without fixing the target, making them difficult to maneuver and thus creating a potential risk of perforation. Comparatively, a scissor-type knife, such as the SB Knife Jr, enables grasping of the target tissue, facilitating controlled dissection of tissue being held between the blades. This potentially prevents unexpected muscular layer injury. Colorectal ESD with the SB Knife Jr does not require complex endoscopic maneuvering or advanced skills for safe ESD. Since the incision and dissection procedure using the SB Knife Jr is different from that of conventional ESD knives, familiarization with its features is vital. In this review, we focus on the use of the SB Knife Jr for colorectal ESD. The basic colorectal ESD procedure using the SB Knife Jr consists of grasping, pulling, and cutting. By repeating these steps, circumferential incision, submucosal dissection, and hemostasis can be performed with a single device. For incision and dissection, a circumferential mucosal incision is performed similar to “cutting paper”. Submucosal dissection is performed with the image of “connecting the dots at the appropriate dissection depth”. The SB Knife Jr is useful as a secondary device in challenging ESD procedures, and surgeons should master its use.

The advantages of endoscopic submucosal dissection (ESD) include the ability to control resection size and shape and permit en bloc resection of large lesions[1,2]. However, the adoption of colorectal ESD is not widespread because of technical challenges imposed by the complex anatomic features of the large intestine[3]. To overcome these issues, several ESD devices, including the Dual knife, Flex-knife, insulated tipped knife (IT-Knife), Hook-knife (Olympus, Tokyo, Japan), and Flush-knife (Fujifilm, Tokyo, Japan), have been developed over the past two decades for colorectal ESD[4]. Most conventional ESD devices have freehand tips and are used without fixing the target, creating a potential risk of unexpected incision and perforation of the colorectal wall.

In comparison, a scissor-type knife, such as the Stag Beetle Knife Jr (SB Knife Jr, Sumitomo Bakelite, Tokyo, Japan), enables grasping of the target tissue, allowing controlled endoscopic dissection that potentially prevents unexpected muscular layer injury[5]. However, the scissor-type knife has features different from those of other conventional ESD knives. Therefore, in this review, we describe the characteristics of the scissor-type knife, specifically the SB Knife Jr, and discuss how to effectively use it for colorectal ESD.

CHARACTERISTICS OF THE SB KNIFE JR

The SB Knife Jr was launched in 2010[10,11]. Regarding the structure of the SB Knife Jr, the small tapered and curved tip design with superior rotation allows accurate manipulation within the endoscope visual field to minimize unintentional muscular layer injury. This knife has an opening width of 4.5 mm and a length of 3.5 mm.

The newly developed SB Knife Jr (SB Knife Jr 2) was launched in 2019 and is available only in Japan[12]. Figure 2 shows the three major points of improvement of the SB Knife Jr 2. First, the new coating materials improve the coating durability, insulation coating, and incision ability. There is also improved tissue grasping ability because of the new blade design with protrusions. Moreover, a new rotation handle prevents the connection cord from tangling and enables easy manipulation. These improvements are expected to shorten procedure times. 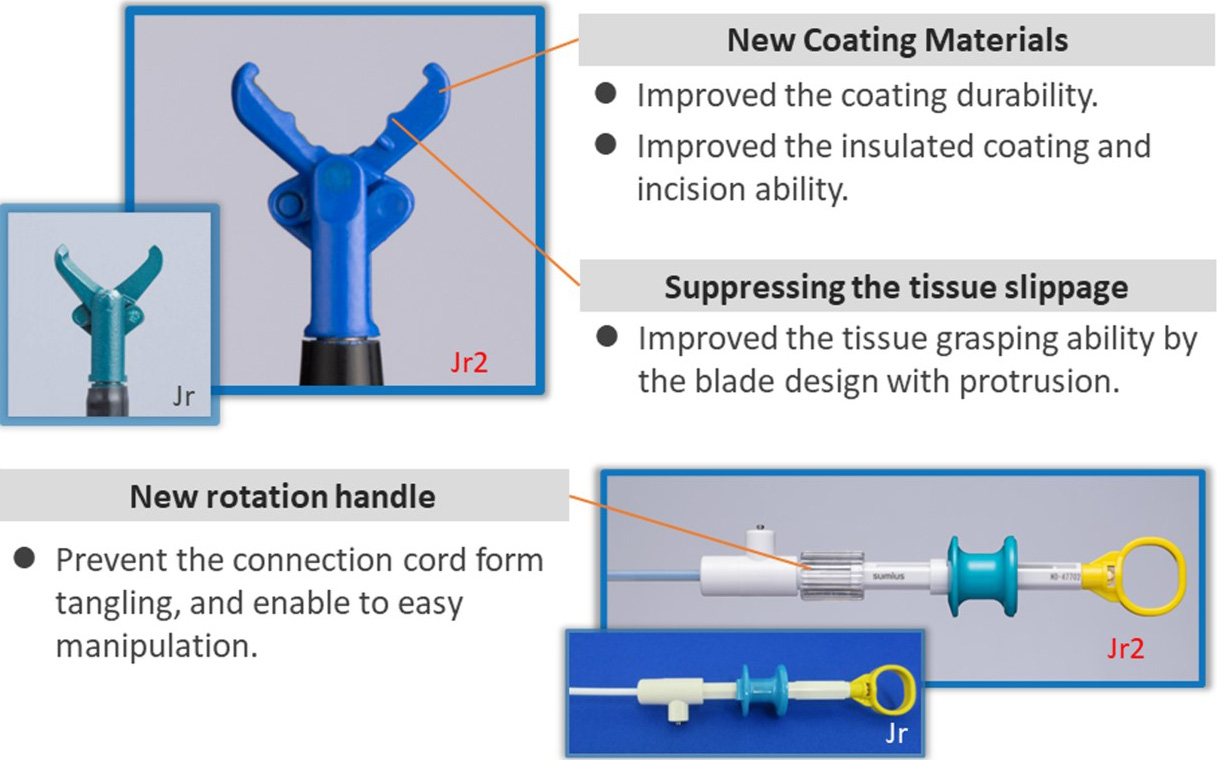 Figure 2. The points of improvement with the SB Knife Jr 2.

A transparent tip hood (Elastic Touch; Top, Tokyo, Japan) is always used to facilitate traction application on the mucosa when creating space for submucosal dissection with carbon dioxide insufflation. Sodium hyaluronate solution (0.4%; Muco Up; Johnson & Johnson, New Brunswick, NJ, USA) with 0.5 mL of indigo carmine and 0.1 mg of epinephrine is injected into the submucosal layer using a 21-gauge injection needle. It might be useful to have a traction device (such as an S-O clip; Zeon Medical Co., Tokyo, Japan) as well, if needed.

Colorectal ESD using the SB Knife Jr does not require simultaneous complex endoscopic movement while applying an electric current; therefore, it can be performed relatively safely and easily. However, the fundamental operating technique is quite different from conventional knives (i.e., needle-type knives). Therefore, it is necessary to be familiar with the characteristics of the SB Knife Jr for colorectal ESD.

The following are some useful tips for incision and dissection using the SB Knife Jr: perform the circumferential mucosal incision similar to cutting paper and the submucosal dissection the image of “connecting the dots at the appropriate dissection depth”[13]. The basic colorectal ESD procedure using the SB Knife Jr consists of the following three steps, and a circumferential incision, submucosal dissection, and hemostasis can all be performed using a single device.

The target tissue is approached and grasped with the SB Knife Jr as in the biopsy technique. Inadvertent resection can be avoided by regrasping, which ensures safety. In the case of severe fibrosis of the target tissue, the scissors are closed slowly to facilitate grasping. In situations wherein it is difficult to manipulate the scope, the scope position should be fixed while simply inserting and pulling the SB Knife Jr (not moving the scope, moving the knife only). With more experience, the endoscopist can control the opening of the knife to open slightly to grasp even single-strand fibers.

The safety of the ESD procedure can be ensured by pulling the SB Knife Jr slightly forward and away from the muscle layer while grasping the target tissue to avoid electrical damage to the muscle layer. With experience and when the lesion is sufficiently elevated by submucosal injection, it becomes possible to skip the pulling step and move on to the third step of cutting the grasped tissue using an electric current, which can speed up the procedure considerably.

After confirming that the SB Knife Jr does not grasp the muscle layer together, the cutting electric current is applied, and the grasped tissue is incised. Even if there are small blood vessels within the tissue, intraoperative bleeding usually does not occur. However, if the tissue contains large blood vessels, applying the coagulation electric current as prophylactic hemostasis for about 1 s twice before attempting incision prevents bleeding.

The hemostasis procedure using the SB Knife Jr also follows the three steps described above, almost the same as when using hemostatic forceps. Grasp a bleeding vessel precisely; pull the grasped vessel slightly (or skip this step if far from the muscle layer); and apply the coagulation electric current for approximately 1 s two or three times. Most cases can be managed with this procedure; however, if hemostasis is not achieved after two or three attempts using the SB Knife Jr, the device can be changed to hemostatic forceps (e.g., Coagraspar; Olympus, Tokyo, Japan).

ADVANTAGES AND DISADVANTAGE OF THE SB KNIFE JR FOR COLORECTAL ESD

The technique of colorectal ESD using the SB Knife Jr is the same as that for the biopsy technique, which does not require advanced skill and complex endoscopic manipulation. The rate of ESD self-completion for trainees was reported as significantly better with the SB Knife Jr than with a needle-type knife[14]. Additionally, it is safe because the electric current can be applied just after confirming that the SB Knife Jr did not grasp the muscle layer[15]. As the SB Knife Jr also works as hemostasis forceps, there is no need to change the device in the case of intraoperative bleeding during the procedure. This might be more cost-effective because hemostasis forceps are not needed[16]. These advantages of the SB Knife Jr make it useful not only for trainees but also for experts in difficult situations.

These disadvantages have been overcome with the development of the new SB Knife Jr 2. This new knife is equipped with a rotation handle for one-to-one rotation of blades that facilitate easy manipulation by an assistant. New coating materials to prevent unnecessary diathermy burn and a new blade design with a protrusion might contribute to speedier resection[12]. In addition, traction devices (such as an S-O clip) significantly reduce the procedure time in colorectal ESD using scissor-type knives[15,20].

A 61-year-old man was referred to our center with a 0-IIa (LST-NG) lesion of 40 mm in size at the transverse colon [Figure 4A and B]. Magnifying endoscopic observation revealed a JNET 2 B and Vi (high-grade) pit pattern lesion [Figure 4C and D]. 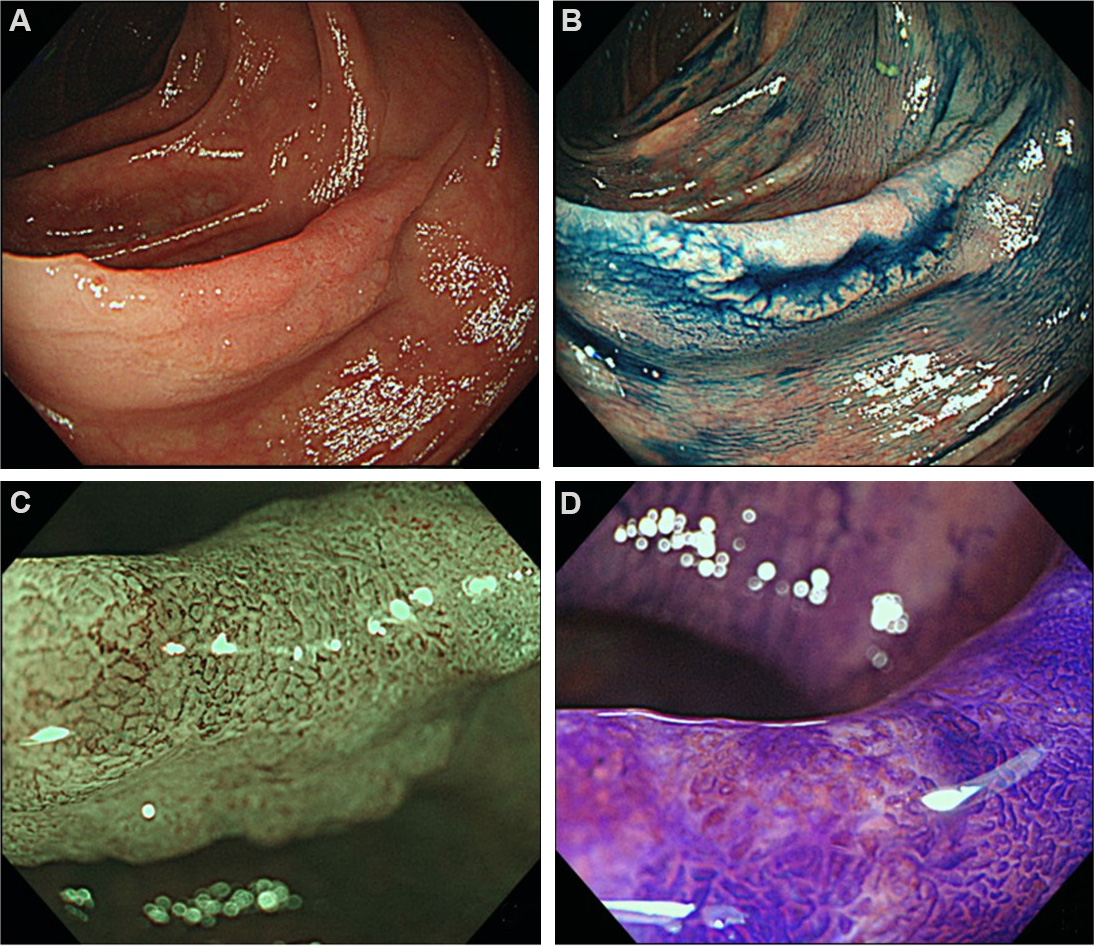 The submucosal layer was grasped [Figure 5C], pulled slightly, and a high-frequency electrical current was applied [Figure 5D]. Grasping, pulling, and cutting were performed in a repeated manner. The appropriate depth of submucosal dissection for colorectal ESD using the SB Knife Jr was slightly below the middle portion of the submucosa (1/3 from the bottom of the submucosa). Submucosal dissection was performed with the image of “connecting the dots at the appropriate dissection depth”[13]. Prophylactic hemostasis was performed for large vessels using the SB Knife Jr [Figure 5E].

The incision and dissection were extended towards its right and left sides as needed to maintain a good field of view and adequate depth using the mucosal-flap method. Submucosal dissection was advanced towards the oral side of the lesion, and then the lesion was resected en bloc [Figure 5F and G]. The total procedure time was 57 min. The pathological diagnosis was well-differentiated tubular adenocarcinoma pT1a (SM1/190 μm), 36 mm in diameter. This was a curative resection [Figure 5H].

In this article, we focus on the tips and tricks of using the SB Knife Jr for colorectal ESD. The SB Knife Jr has potential advantages, allowing easy and safe colorectal ESD. All the steps of ESD procedures, including mucosal incision, submucosal dissection, and hemostasis, can be achieved with one knife. Complex scope manipulation and advanced endoscopy skill may not be required due to the grasping and cutting technique of this scissor-type knife. Because it is instrumental as a secondary device in difficult situations, we highly recommend that endoscopists master its use.

The authors extend thanks to Naoko Matsumoto for data collection and administrative assistance.

Designed the research and wrote the article: Kuwai T 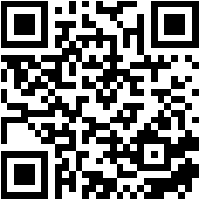