Achalasia is a primary motility disorder of unknown origin. Palliative treatment is often adopted to resolve its symptoms by eliminating the resistance due to a non-relaxing and hypertensive lower esophageal sphincter. There are three available effective treatment modalities: pneumatic dilation, laparoscopic Heller myotomy with fundoplication, and peroral endoscopic myotomy. In choosing the proper treatment, it is important to remember that the esophagus lacks peristalsis in patients with achalasia. So once the lower esophageal sphincter is eliminated, reflux may occur with the potential of causing reflux symptoms, esophagitis, peptic strictures, Barrett’s esophagus, and cancer. For this reason, we believe that laparoscopic myotomy offers the best chance in most patients of improving esophageal emptying while protecting them from abnormal reflux.

Esophageal achalasia is a primary esophageal disorder of unknown origin characterized by a non-relaxing and often hypertensive lower esophageal sphincter (LES) and lack of esophageal peristalsis. The goal of treatment is to eliminate the resistance posed by the LES, allowing the passage of food from the esophagus into the stomach by gravity.

Three therapeutic modalities are available today for patients with achalasia: pneumatic dilation (PD), laparoscopic Heller myotomy (LHM), and peroral endoscopic myotomy (POEM). The best results are obtained in centers where an experienced multidisciplinary group composed of radiologists, gastroenterologists, and surgeons is present, as we believe that treatment should be tailored based on patients’ characteristics and providers’ experience.

A systematic work-up with a barium swallow, upper endoscopy, and esophageal manometry is necessary before deciding treatment. In recent years, high-resolution manometry has replaced the old fashion manometry with water perfused catheters and has evolved into a test which allows defining the type of achalasia, tailoring therapy, and predicting the outcome of treatment[1]. The Chicago Classification (now in its 4.0 version) divides achalasia into three types:

Type III: abnormal median IRP and 20% of swallows with premature/spastic contraction and no evidence of peristalsis (“spastic achalasia”).

A recent study has shown that this classification might describe different stages in the evolution of the disease, with type III being the earliest stage, type II an intermediate stage, and type I the final stage[2]. In addition, it has been suggested that the Chicago Classification might have a prognostic value, with patients with type II achalasia having better outcomes after endoscopic or surgical treatment than those with type I or III (type III with the highest failure rates)[3,4,5].

For many decades, pneumatic dilation was the treatment of choice for achalasia, relegating a Heller myotomy to the treatment of failures or complications such as perforation[6]. The beginning of the nineties saw the development of minimally invasive surgery, with the first thoracoscopic Heller myotomy (THM) in the United States performed by the team at the University of California San Francisco (UCSF) in 1991[7]. The evaluation of the initial 17 patients showed that the operation was feasible, associated with a fast recovery and return to daily activities, and provided results resembling those of open surgery[7]. However, it soon became clear that the lack of fundoplication caused pathologic reflux in a large number of patients. This finding prompted a switch to a LHM with the addition of a partial fundoplication. A comparison of 30 THM and 30 LHM by the UCSF team confirmed that the fundoplication made a significant difference as the incidence of pathologic reflux (as measured by pH monitoring) was 60% after THM, but only 10% after LHM with a 180° anterior Dor fundoplication[8]. The importance of fundoplication in addition to the myotomy was confirmed later by Richards and others in a prospective and randomized trial comparing an LHM alone and an LHM with Dor fundoplication[9]. As measured by pH monitoring, pathologic reflux was present in 47% of patients after LHM but only 9% after LHM and Dor fundoplication. A recent meta-analysis by Schlottmann et al. has confirmed that the incidence of pathologic reflux (by pH monitoring) after LHM and partial fundoplication was 11%[10].

LHM was adopted for more than a decade in many centers as the primary form of treatment for esophageal achalasia due to its high success rate. However, some centers continued to use PD as the initial therapeutic approach (using LHM for the failures of treatment), as it was very effective in experienced hands. For instance, a prospective and randomized European trial comparing PD to LHM showed similar results and excellent 2 and 5 years after the procedure. The only major downside of PD was that 25% to 40% of patients required repeated interventions to maintain the same level of symptomatic relief[11,12].

The therapeutic scenario for achalasia was stable until a decade ago. However, in 2010, Dr. Inoue described a new endoscopic procedure for the treatment of achalasia, named peroral endoscopic myotomy or POEM[13]. The procedure consists of the endoscopic creation of a submucosal tunnel, which allows the myotomy of the circular fibers of the distal esophagus and proximal stomach (the myotomy is usually started 10-12 cm above the gastroesophageal junction and extended down for 2-3 cm onto the stomach). In the initial report, Inoue successfully treated 17 patients with esophageal achalasia without serious complications related to the procedure[13]. Subsequent studies confirmed the initial experience of Dr. Inoue, which showed excellent results similar to those obtained by LHM[13]. For instance, Kumbhari et al. reported in 2017 the results of a multicenter case-controlled study in 282 patients with achalasia[14]. At a median follow-up of 12 months, clinical success (Eckardt score < 3) with POEM was achieved in 94.3% of patients. A recent study by Campagna et al. in 100 achalasia patients treated by POEM documented clinical success (88%) at a mean follow-up of 55 months in 88 patients[15]. A multicenter, randomized clinical trial compared POEM (112 patients) and LHM with Dor fundoplication (109 patients)[16]. At a follow-up of two years, clinical success was attained in 83% and 81.7% of patients, respectively.

Results of POEM seem to be better than LHM in patients with type III achalasia. It has been suggested that this outcome is probably due to the fact that POEM allows a longer myotomy on the esophageal body. In a retrospective multicenter study of treatment of patients with type III achalasia, 49 patients underwent POEM, and 26 patients had an LHM, with the clinical response was better after POEM (98%) than after LHM (80.8%)[17]. However, a recent study showed that by elongating the myotomy both upward and downward, LHM could achieve in Type III patients the same good results as in Type I-II patients[18].

Considering these data, should POEM be taken as the primary form of treatment for achalasia? We strongly believe that this is not the case. Almost all the reports on POEM have focused on the ability of this procedure to improve emptying of the esophagus and symptoms; however, they have ignored or downplayed a very serious consequence of performing a myotomy without a concomitant antireflux operation - gastroesophageal reflux disease (GERD). Interestingly, history repeats itself, as the literature clearly shows that the incidence of GERD after POEM is around 50%, therefore similar to that of a THM. A report from the Catholic University in Rome documented an incidence of 54.3% of pathologic reflux by pH monitoring[19]. In a study of patients after POEM, Werner et al. documented for the first time the sequelae of the abnormal reflux after POEM. Among 80 patients followed for 29 months, esophagitis was present in 37.5%, one patient developed a peptic stricture requiring dilation, and 3 developed Barrett’s esophagus[20]. A large case-control study after POEM showed pathologic reflux by pH monitoring in 57.8% of 282 patients[14]. Sanaka et al. recently reported on the incidence of GERD after POEM and LHM by pH monitoring[21]. Not only the incidence of pathologic reflux was significantly higher after POEM (48.4% vs. 13.6%), but the DeMeester score was much higher after POEM (54.8% vs. 17.4%), implying a more severe process. Finally, a recent meta-analysis has confirmed the significant difference in GERD incidence between POEM and LHM with fundoplication[10]. Schlottmann et al. examined 21 studies about POEM (1958 patients) and 53 studies about LHM (5834 patients)[10]. While the success rate of the two procedures was similar with 93.5% POEM and 91.0% LHM, the incidence of postoperative GERD by pH monitoring was significantly different, being more than 4 folds higher after POEM (48% vs. 11%). POEM can be performed in patients with recurrent dysphagia after LHM since GERD is not a problem because a fundoplication is already in place. Several studies have shown that in this group of patients, POEM effectively relieves symptoms with minimal morbidity, avoiding the need for complex reoperation[22].

Taking all this evidence into consideration, we choose an LHM with partial fundoplication for patients with achalasia type I and II when it is feasible. We would perform POEM when an LHM would not be feasible, such as in patients with multiple open abdominal operations and with type III achalasia. We believe that POEM should not be offered to children or young patients because of the risk of years of pathologic reflux.

The same issues discussed above apply when the myotomy and partial fundoplication is performed robotically instead of laparoscopically. We consider robotic surgery just another form of minimally invasive surgery, and it is up to the surgeon to decide based on his/her level of comfort and experience.

In 2001, Melvin and colleagues reported the first robotic LHM in the US[23], and since then, the robotic platform has been slowly embraced by many surgeons for the surgical treatment of achalasia. High‐definition 3D vision, tremor filtration, increased degrees of freedom of surgical movements, and improved ergonomics are well-known surgical advantages of the robot. A multicenter study comparing robotic Heller myotomy (n = 59) with LHM (n = 62) found that intraoperative complications (i.e., esophageal perforation) were more frequent during LHM (16% vs. 0%) while both approaches had similar success rates (92% vs. 90%)[24]. It is of note that the perforation rate of LHM (16%) was incredibly high, questioning the experience of the surgeons involved in the trial.

These studies have also exposed that while the results of laparoscopic and robotic myotomy are similar, the cost of a robotic platform is much higher for both patients and the health care system. This finding will limit the wider use of robotic myotomy until a well-conducted prospective and randomized trial will show a clear advantage of the robotic approach.

Type I and II achalasia should be treated by an LHM with partial fundoplication, while Type III responds better to POEM. However, POEM should not be performed in children and young patients for its high incidence of pathologic reflux.

A robotic Heller achieves similar results to a laparoscopic procedure, but it is linked to higher costs for patients and the health care system. 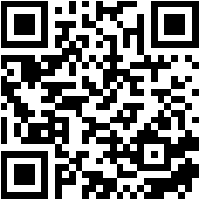