Technology's role in the emergence of collaborative, multidisciplinary foregut societies

The American Foregut Society and the European Foregut Society are founded on the belief that only a multidisciplinary approach will truly advance patient care. Procedural advances are blurring distinctions between gastroenterologists and surgeons, producing foregut specialists, and in the process of transforming historical enmity into a collaborative approach to patient care. None of this would be occurring without technological innovation in foregut diagnostics and procedures. Unlike most foregut pharmaceuticals, many of these innovations are disruptive, unique, do not have generic versions, and require specific if not intensive training. The specificity of these innovations has, in fact, been an instigator for collaboration, cross-fertilization, and the birth of these societies. Antireflux procedures such as LINX and EsophyX, Endoluminal tissue manipulation devices such as the OverStitch TM (Apollo) and various tissue clips, mucosal ablation technologies, and even tools to improve detection and prognosis of neoplasia including CDx, CellVizio, TissueCypher, EsoGuard, and CytoSponge have found a commonality among GIs and surgeons.

The historical impetus for the American Foregut Society was a group of foregut surgical specialists (The rascals were F.P. “Tripp” Buckley M.D., Dan Lister M.D., John Lipham M.D., Reginald Bell M.D., Kate Freeman N.P., and Blair Jobe M.D.) intimately involved in the development and training of LINX. Todd Berg, CEO of Torax Medical, the device developer, should also be recognized for the company’s role in developing a multispecialty training program and limiting early adoption to specialists in the disease. The LINX device, a “bracelet” of 13-17 beads comprised of rare earth magnets inside 5.8 mm diameter titanium cases and held together by individual wires to allow limited expansion of the bracelet, is placed laparoscopically around the lower esophageal sphincter and acts like a pressure-relief valve to strengthen the LES and control reflux[1]. As a pressure-relief valve, a certain esophageal body peristaltic amplitude is required to open the valve and allow passage of swallowed food. Instrumental to training in LINX was understanding reflux and esophageal physiology, enlisted gastroenterologists in their surgeon training to provide expertise and openly discuss the known barriers to GI adoption of antireflux surgeries. LINX opened a dialogue between gastroenterologists and surgeons. Many of the device studies have included investigators from both specialties[1-4]. This positive discussion between the specialties was incorporated as a manifesto in the initial concept that a foregut society must be multispecialty - a disruptive stance correlated with disruptive technology.

Gastroenterologists’ hesitancy in referring patients for surgical treatment has some basis - most antireflux procedures are performed by general surgeons without specialty expertise. Traditional surgical training includes antireflux surgery as part of the general curriculum, so that “any Tom, Dick, or Harry think they can do it (This is one of John Lipham’s favorite quotes)”. Most general surgery is extirpative. No other GI procedure reconstructs a functional element of the body in a highly variable clinical environment based on preoperatively determined physiologic parameters. Torax, by seeking out surgeons with specific foregut expertise to be trained in LINX, fostered a culture of intellectual and technical specialization.

My colleague and co-author of this paper love analogies. Discussing LINX and American Foregut Society (AFS): “The LINX device and the American foregut society are similar and construct. The individual members of the society are the titanium casing. Our experiences and knowledge of the rare earth magnets. And the society is the strut that bonds the beads together. As an individual, the bead accomplishes nothing. But when combined with all the elements (as does the LINX device), a unification of purpose and achievement is accomplished. The satisfaction of being part of a community is achieved, and patients win”.

The LINX as an implantation technology is also a targeted problem with traditional fundoplication - alteration of normal anatomy with resultant side effects. Traditional fundoplication creates a supraphysiologic flap valve and alters gastric anatomy, both of which have a role in the recognized side effects of excess gas, bloating, diarrhea, inability to belch and vomit. Providing more physiologic venting, it paved the way for the acceptance of surgical treatment of gastroesophageal reflux disease (GERD) by both patients and gastroenterologists. This has culminated in recognizing LINX as an appropriate GERD treatment in the most recent ACG guidelines and AGA technical updates on GERD[5,6].

The need to foster collaboration and expertise was concretely reaffirmed when Ethicon (who acquired Torax Medical) was approached by the AFS and became the first industry sponsor of the nascent society.

The other technology-dependent GERD procedure that has fostered collaboration and expertise is transoral fundoplication using the EsophyX device. The EsophyX is a 56 French flexible device inserted transorally over an endoscope. A combination of a helical retractor and retroflexed tissue mold coapt the proximal stomach to the distal esophagus, then polypropylene H-shaped fasteners are deployed over a wire to secure and fuse the coapted tissues. The first human trials, performed in Europe, required both a GI to perform the endoscopy and a surgeon to use the device[7]. A new pathway was created to engage the gastroenterologist in the patient procedure, the surgeon in discussing patient selection beforehand, and both in evaluating the new technology. Subsequent introduction in the USA, where much upper endoscopy is performed by surgeons, trended toward primary surgeon use without obligating the gastroenterologist to be in the operating room. Gastroenterologists did embrace the lack of side effects of a purely transoral approach. Paradoxically questions about efficacy and durability, along with a somewhat cumbersome early device iteration, resulted in limited use of transoral incisionless fundoplication (TIF) to surgeons with expertise, specialization, and research goals.

It seems absurd in retrospect that surgical research on the reflux barrier focused on the intrinsic lower esophageal sphincter (whose native function cannot be restored surgically without artifice and which can be manipulated to some extent physiologically), and gauged the success of hiatal hernia repair by whether or not the hernia recurring. It was left to gastroenterologists including Peter Kahrilas, John Pandolfino, Daniel Sifrim and Ravi Mittal to clearly demonstrate that hiatal hernia destroyed the role of the diaphragmatic crura as a major component of reflux barrier, though this was the portion of the reflux barrier surgeons could much more naturally correct[8-11].

Providentially the physiologic role of the diaphragmatic crural sphincter was elucidated when research into failure of the LINX and EsophyX procedures demonstrated that surgical repair of even a minimal hernia increased the success rate of both procedures dramatically. For TIF, the landscape changed dramatically. During the intervening time, a new iteration of the device (EsophyX Z) had increased usability and performance. In the U.S., at least gastroenterologists began collaborating with surgeons in the operating room, the surgeon performing a laparoscopic hiatal hernia repair and the gastroenterologist the TIF procedure[12]. Recognizing that the results of this combined procedure (abbreviated C-TIF) are pending, and the natural question of why perform a TIF instead of a partial fundoplication, the procedure has ushered in a new, deep form of collaboration between gastroenterologists and surgeons. Technology once again authoring collaboration exemplifying the goals of the Foregut Societies.

Peroral endoscopic myotomy (POEM) is a foregut intervention that demonstrates the blurring of surgical and GI boundaries. Both surgeons and interventional GIs are performing the procedure in the U.S. and elsewhere, and turf wars regarding which specialty should be performing the procedure have been limited to provincial disputes. Societies including the AFS and the European Foregut Society (EFS) promote a commitment to expertise rather than background, and it is again technology that leads to coalescence of the two specialties. In the U.S., the Fellowship Council, which accredits non-board post-graduate training programs, has not only approved a surgical foregut fellowship, it has committed to developing a GI foregut fellowship, both of which would incorporate the diagnostic and interventional aspects of foregut disease.

Surgical robotics has gained a solid foothold in foregut disease, especially in mediastinal dissection, providing a stable visual field and instrument articulation. Preliminary studies indicate improved patient outcomes with this approach to paraesophageal hernia repair[13]. The future of robotics in foregut will be in endoluminal procedures; currently, stable visual fields are fleeting and articulation is almost non-existent. NOTES (Natural Orifice Transluminal Endoscopic Surgery), introduced prematurely a few decades ago, will become possible with endoscopic robotics. When an endoluminal device uses a knife to cut through the intestine, operate external to the organ, and close the enterotomy, no longer will it be possible to distinguish the interventional gastroenterologist from the surgeon. Such technology will require specific training and credentialling best provided by a multidisciplinary society.

Historically, foregut technologies helped create a platform for, and aided in the birth of the AFS and EFS. As foregut technology innovation continues, these societies will continue to partner with industry in a positive, ethically coherent fashion. Everything we do, from eating with a fork to sending a human into space, depends on technology. With an ever-increasing rate of technological innovation, AFS and EFS are committed to being receptive, researching, and promoting proper use by specialists of innovations that demonstrate patient benefit. 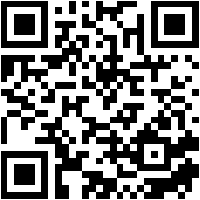