© The Author(s) 2023. Open Access This article is licensed under a Creative Commons Attribution 4.0 International License (https://creativecommons.org/licenses/by/4.0/), which permits unrestricted use, sharing, adaptation, distribution and reproduction in any medium or format, for any purpose, even commercially, as long as you give appropriate credit to the original author(s) and the source, provide a link to the Creative Commons license, and indicate if changes were made.

The Japanese healthcare system is characterized by universal coverage and free access. It is an excellent social system that allows everyone to receive advanced medical care at a low cost. Minimally invasive hepato-pancreato-biliary (HPB) surgery in Japan is now covered by insurance. However, after experiencing a series of serious medical accidents, Japan’s government requested a more advanced system to safely promote highly advanced surgery including laparoscopic HBP surgery. As a practical measure, the academic societies of HPB surgery established a new prospective registration system for all cases of minimally invasive HPB for highly advanced hepatobiliary and pancreatic surgery while utilizing the existing technical certification system. Under these systems, hepatobiliary and pancreatic surgeries in Japan are now being undertaken gradually but safely.

Japan is one of the most aged countries in the world (considering the percentage of elderly among the population), which requires a specially prepared health system[1]. Japan’s medical care is unique in two ways. One feature is universal health insurance. While many countries have uninsured citizens, almost all citizens in Japan are covered by public health insurance. This system was developed after World War II and has greatly contributed to improving the average level of medical care in the country by providing high-quality, low-cost, safe medical care to all citizens equally. However, Japan’s aging population and economic stagnation have been increasing the economic burden on the younger generation year by year, so much so that the future sustainability of this burden is now a social problem and the topic of much debate. For example, as a result of providing supportive medical care, hospital stays after surgery are much longer in Japan compared with other countries[2].

Another element that is creating issues in Japan’s health system is its free access, with the freedom to see any doctor at any medical institution without restrictions. From the patient’s point of view, medical care is uniform and well-established, and safe medical care is available to all. As a result, the public’s expectation for patient safety at medical institutions is very high. However, while moderate competition can improve the level of medical care at each institution, it can also lead to excessive competition among institutions, where inexperienced medical institutions are providing advanced medical care that leads to medical accidents. In Japan, medical institutions have traditionally been free to develop new medical technologies such as laparoscopic surgery. However, new medical technologies such as minimally invasive surgery, involve many risks during their development. This environment likely led to a series of serious medical accidents in HPB surgeries approximately 10 years ago, which were caused by laparoscopic surgery. Since then, a new system has been established to safely introduce and disseminate highly advanced medical technologies while respecting the autonomy of surgeons.

Yamakawa et al. performed the first minimally invasive HPB surgery in Japan in 1990 and Kaneko performed the nation’s first laparoscopic hepatectomy in 1991[3,4]. Generally, public insurance reimbursement in Japan is determined on a procedure-by-procedure basis, so new procedures are not strictly covered. At that time, an insurance refund claim was filed against a hospital that referred to laparoscopic cholecystectomy as open cholecystectomy, resulting in a major debate between academic societies and the government. This led to the realization that it is essential for the widespread use of new medical technologies such as laparoscopic surgery to be objectively evaluated for safety and effectiveness and to be covered by insurance.

Public insurance reimbursement is essential not only for minimally invasive surgery but also for the wide dissemination of new medical technologies in Japan. As in other countries, new medical technologies must be objectively demonstrated to be safe and effective before they can be approved by the government for inclusion in insurance reimbursement. In Japan, treatments not included in public insurance are hence performed at the patient’s own expense, placing a financial burden on the patient or the institution. To alleviate the financial burden, the insurance covers a part of the treatment when a patient receives highly advanced medical treatment approved by the Minister of Health, Labor and Welfare of Japan. The Advanced Medical Care System (AMCS) is a partial insurance system for new medical technologies before public insurance reimbursement. The system aims to cover the cost of the treatment by evaluating its popularity, effectiveness, efficiency, safety and technological maturity based on the annual medical results. After a period of evaluation, it is determined if the procedure is suitable for public insurance reimbursement. In Japan, laparoscopic hepatectomy and pancreatectomy were included in AMCS in 2000 and 2004, respectively [Table 1]. Subsequently, laparoscopic hepatectomy was covered by public insurance in 2010. Laparoscopic resection of the pancreatic body tail and pancreaticoduodenectomy were then covered by insurance in 2012 and 2016, respectively.

HPB surgery is one of the most difficult and risky gastrointestinal surgeries. In Japan, there is a system to evaluate and certify surgeons and institutions involved in HPB surgery, including minimally invasive surgery. There are two systems for evaluating individual surgeons. One is the highly skilled specialist system offered by the Japanese Society for Hepatobiliary and Pancreatic Surgery, and the other is the Endoscopic Surgical Skill Qualification System (ESSQS), a system for highly skilled specialists performing endoscopic abdominal surgery. The former is mainly for open, highly difficult hepatobiliary and pancreatic surgeries, and evaluates not only surgical skills but also comprehensive and instructive qualities as a hepatobiliary and pancreatic surgeon, including patient selection, while the latter is mainly for the evaluation of safety specific to laparoscopic surgery. However, both certifications make use of unedited videos of surgeries, which are reviewed to determine whether they are performed safely, appropriately and independently. This innovative method involving the evaluation of surgical videos contributes to the improvement of hepatobiliary and pancreatic surgery in Japan. The passing rate lies between 20% and 50%.

The Japanese Society for Hepatobiliary and Pancreatic Surgery has also established a system to certify institutions that perform more than 30 cases of highly advanced HPB surgery per year. The Japanese national data show that advanced HPB surgeries performed at these institutions have significantly lower mortality rates[5]. These individual and institutional certification systems have made it possible to safely deploy minimally invasive surgery in HBP surgery.

Around 2010, a series of fatal accidents in laparoscopic HPB surgery at two leading hospitals in Japan were reported in newspapers and other media. This led to a pause in the deployment of minimally invasive HPB surgery in Japan. A third-party committee investigated the cause of the medical accidents. They concluded that inexperienced surgeons prioritized the introduction of new medical technology, and that the hospital failed to properly manage the department. These accidents illustrated the grave consequences that can be caused by an inexperienced surgeon in high-risk surgery such as HPB surgery. It resulted in a pause and set back the introduction of minimally invasive surgery, as it became widely known to the public that minimally invasive HPB surgery may be fatal if not properly introduced. New efforts were thereafter initiated by academic societies and research groups. Subsequently, to prevent the recurrence of such accidents, the national government and academic societies worked together to establish a system for the safe introduction of minimally invasive HPB surgeries. The centerpiece of this improvement program is the prospective registration of all advanced laparoscopic HBP surgeries.

To perform these procedures safely, the government stipulated the criteria for institutions in which laparoscopic HBP surgeries can be performed, and for the correct management of patient selection and surgery in cooperation with related academic societies. Specific criteria are listed in Table 2, but there are very strict criteria regarding surgeon and institution. Patient selection and proper management of surgery are supported by registering cases in the National Clinical Database (NCD), a database of the Japanese Surgical Association; a case registration system of the Japanese Society of Hepatobiliary and Pancreatic Surgery; as well as treatment policies such as indications for surgery and postoperative management. For high-risk procedures such as laparoscopic pancreatoduodenectomy, we implemented prospective registration of clinical information and required preoperative information to be registered with the NCD at least one day before the surgery and postoperative information 90 days after the surgery date.

Institutional and operator criteria for minimally invasive pancreatectomy in Japan

The results of a prospective registry showed that complication and mortality rates were comparable to those of open surgery [Table 3].

While minimally invasive surgery offers significant benefits to patients, it also carries unique risks. We hope that the Japanese system will serve as a useful reference for the safe deployment of highly advanced minimally invasive HPB surgery.

The author declares that he is bound by confidentiality agreements that prevent him from disclosing his conflicts of interest in this work. 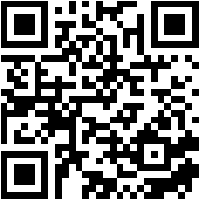